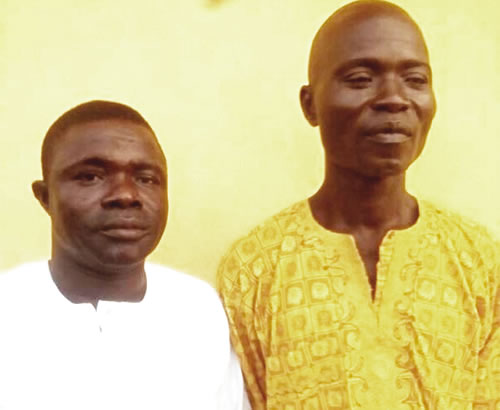 Two members of the Vigilante Service of Ogun State (VSO), Ismaila Jimoh (aka Bintin) and Hassan Olatunde, have been arrested in connection with the death of a 28-year-old businessman, Tayo Olatunbosun.

They reportedly beat the businessman with charms and later took him to the Agbado Police Station around 10pm.

PUNCH Metro gathered that the police released Olatunbosun on bail. He was subsequently admitted to a hospital in the community, where he gave up the ghost on Sunday.

In the wake of the death, angry youths, who claimed the victim was returning from a party when he was arrested, took to the street and vandalised the VSO office.

The mob also reportedly set four motorcycles ablaze. Our correspondent learnt that a combined team of operatives of the Agbado division and the Area Command, Sango, was deployed in the area to restore peace.

A resident, Bashiru Irewole, said residents were pained by Olatunbosun’s death, urging the state government to curtail the excesses of the vigilance group.

He said, “Contrary to the stealing allegation, the man was returning from a party when members of the VSO stopped him. They seriously tortured him. He eventually died yesterday (Sunday) in the afternoon. He traded in accessories such as phones and laptops. He was not a thief. They just wasted his life.

“His friends attacked the VSO office. They burnt a motorcycle in front of the office and moved to the Olomowewe area in Adiyan, where they burnt three motorcycles parked by the roadside. There was confusion everywhere.

“Through the intervention of the police, the situation was brought under control on Sunday evening. Policemen have been patrolling the community.”

Another resident, who did not want his name in print, said there might have been a disagreement between Olatunbosun and the vigilantes prior to the incident.

“Those that killed him must be brought to book. I don’t think they beat him because he stole the dryer or not.

“They probably had a disagreement with him before now and they decided to deal with him. They beat him with charms and later took him to the station,” he said.

PUNCH Metro learnt that the two vigilantes were later arrested by the Agbado division.

A police source said the hairdryer purportedly recovered from Olatunbosun was taken to the station.

“By the time the vigilantes brought him to the station with the dryer, he had been seriously injured.

“He was released to go and treat himself, but he died in the hospital,” the source added.

The Ogun State Police Public Relations Officer, ASP Abimbola Oyeyemi, said the suspects were being investigated for murder and would be charged to court afterwards.

“The two vigilantes in question are in custody. The Commissioner of Police, Ahmed Iliyasu, has ordered that they should be transferred to the Homicide Section of the State Criminal Investigation and Intelligence Department for proper investigation. Even if he was caught stealing, that does not mean he should be killed,” he added.

Posted by Lawrencia at 2:11 pm
Email ThisBlogThis!Share to TwitterShare to FacebookShare to Pinterest
Labels: Crime