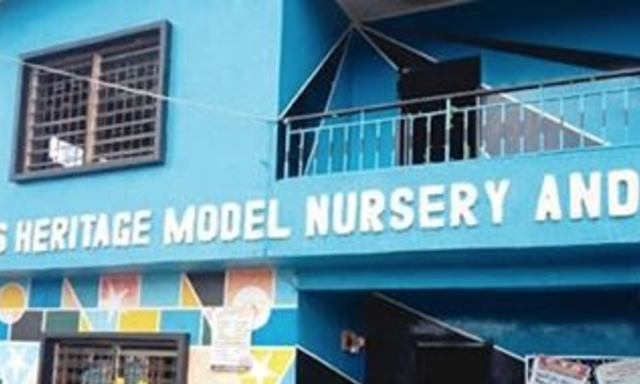 According to the police, the duo allegedly collected the fingernails and blood of the pupils of Heritage Nursery and Primary School, Ondo town, Ondo State.

While Omowera works at the nursery and primary school, Kalajaye, is said to be a teacher in a secondary school in the town.

It was gathered that when one of the pupils got home, she informed her father what the teacher did to her in the school, and the parents reported the matter at the Ondo Area Command, Ondo.

The victims are both three-year-old.

The Police Public Relations Officer for the state police command, Mr. Femi Joseph, explained that Omowera called the two pupils and cut their fingernails under the pretence of cleaning them up.

The PPRO also said as the suspect was cutting the finger nails of the pupils, she intentionally cut the hands of the victims to bring out blood. She then cleaned the bloodstained hand with a cloth.

Joseph said, “We were informed that after the suspect (Omowera) had cut the hands of the pupils, she cleaned up the blood with a cloth and took both the blood and fingernails away .

“After she was arrested, she confessed that she was sent by somebody who wanted to use the blood and fingernails for ritual purposes; that was why we arrested the sender (Kalejaye).”

The police spokesman noted that Omowera had already been charged to court, while Kalejaye was still in custody undergoing interrogation.

“He (Kalejaye) too will soon be charged to court,” Joseph said.

The father of one of the pupils, Mr. Ambrose Akinnodi, called on the state government and human rights activists in the country to assist his family in ensuring that justice was done in the matter.

It was gathered that the two pupils had been withdrawn from the school.

Posted by Lawrencia at 9:34 am
Email ThisBlogThis!Share to TwitterShare to FacebookShare to Pinterest
Labels: Crime