Photo: NDLEA Arrests Ghanaian Man And His Nigerian Accomplices With N60m Worth Of Cannabis In Lagos State 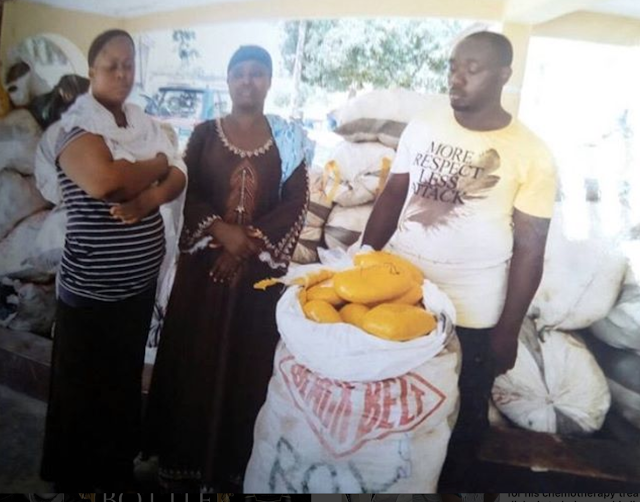 Anti-narcotic officials with Seme Border Command of the NDLEA, Lagos have intercepted 5,863kg of compressed dried weeds that tested positive for cannabis.

The illicit drug consignments originating from the republic of Ghana through the water ways were seized in two separate operations at Badagry, Lagos State.

Four suspected drug traffickers including a Ghanaian were also apprehended in connection with the seized drugs while two vehicles used in conveying the drug have been impounded by the Agency.

The estimated value of the drugs is N60m. The suspects are a 38-year-old Ghanaian, Adoboe Nana Shelter as well as two female Nigerians Falilat Sadiq, and Mary Ige Joseph both 39 years old.

A male suspect, Bola Adigun was equally arrested in respect of the second seizure. According to the Agency, the criminal group specialises in smuggling compressed cannabis through the water ways into the country and use yellow commercial bus in inter supply to dealers within Lagos.

They also use ladies who pretend to be legitimate traders conveying their wares to preferred destinations. The Ghanaian who claimed to be a fisherman said in his statement that he illegally imported cannabis into the country because of the anticipated financial gain involved.
Posted by Lawrencia at 8:52 am
Email ThisBlogThis!Share to TwitterShare to FacebookShare to Pinterest
Labels: Crime