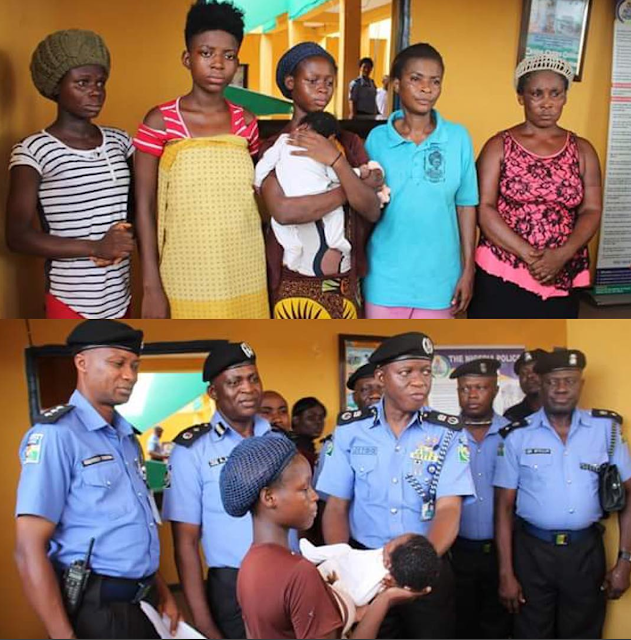 The Commissioner of Police in Abia State, Mr. Adeleye Oyebade, has reunited a three month-old-baby allegedly stolen from her mother by a suspected child trafficker to the mother at the command headquarters in Umuahia.

Oyebade said the baby was rescued by operatives attached to the state Anti-Kidnapping Unit on May 19, 2017, following a tip-off.

He pointed out that the baby girl was recovered while the detectives were investigating the activities of some suspected child traffickers in the state, following the information received from one of their victims.

The CP said, “One Esther Asukwor was arrested in the course of the investigation for keeping two pregnant teenagers, identified as Abigail Udofia and Ezinne Obiah, and selling their babies after birth.”

A police source revealed that the mother of the teenager, whose baby was recovered, had connived with the baby’s mother to sell the child to a suspected child trafficker who resided at Port Harcourt in Rivers State before the trade was foiled by the police.

Udofia and Obiah confessed that both of them were introduced to Asukwor while pregnant, adding that they were paid N250,000 by Arukwe after selling their babies when they put to bed.

Asukwor confessed that she kept the two teenagers and helped them to deliver their babies when they were due for delivery. She said the babies were bought by an unidentified woman now at large.

Posted by Lawrencia at 11:05 am
Email ThisBlogThis!Share to TwitterShare to FacebookShare to Pinterest
Labels: Crime