Gang Of Nigerian Fraudsters Face Jail For Conning Taxpayers Out Of More Than £10m In U.K 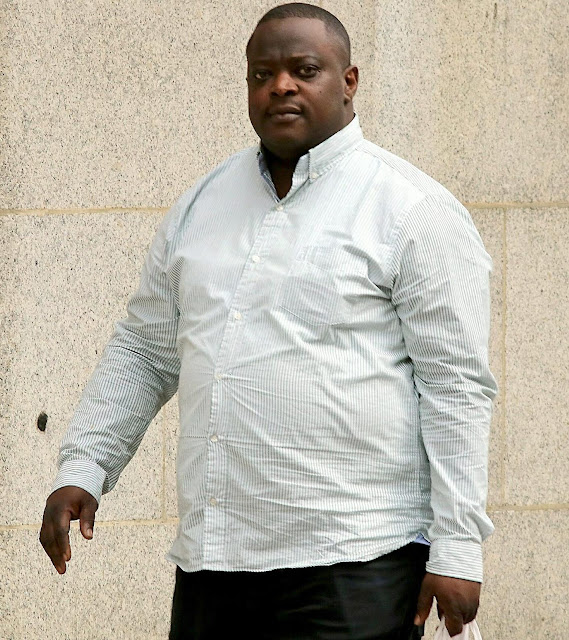 A gang of Nigerian fraudsters are facing jail for for using the identities of MPs, judges and police officers during a £10million scam. The crew stole personal details from the Civil Service Sports Council (CSSC), to make fraudulent claims over a four-year period.

Member lists were ‘stolen to order’ from CSSC and used to place orders for tax credit starter packs used in fraudulent claims over a four year period.

CSSC events manager Adedamola Oyebode, 30, stole membership lists and passed them on to her brothers-in-law Oluwatobe Emmanuel Odeyemi, 34, and Oluwagbenga Stephen Odeyemi, 39, who ran the fraud with Kayode Sanni, 38.

Sanni, an illegal immigrant, denied being involved in the fraud and told Old Bailey jurors ‘my conscience is clear’ as he stood trial alone. But he was convicted of one count of conspiracy to become knowingly concerned in a fraudulent act between 10 March 2009 and 11 June 2013.

Emmanuel Odeyemi, Gumbs and Adedamole Oyebode have already pleaded guilty and will be sentenced with Sanni at the Old Bailey on 6 July. Prosecutor Allison Hunter QC said: ‘These defendants went to exceptionally complex and sophisticated lengths in their orchestration of this fraud.'

Adedamole Oyebode, who worked for the CSSC between August 2008 and August 2010, has since admitted supplying lists of members and their details in return for payment.

Jurors were told that two of the gang, Stephen Odeyemi and his wife Oluwatumininu Banjo, 40, have fled to Nigeria and are wanted abroad.

Adedamola Oyebode, from Bellingham, southeast London, Stephen Odeyimi from Dagenham, Essex and Chantelle Gumbs, will be sentenced alongside him for fraud charges on 6 July at the Old Bailey. Oluwatumininu Banjo, also from Dagenham, and Emmanuel Odeyemi, from Gravesend, Kent, are believed to be on the run in Nigeria.

Posted by Lawrencia at 10:43 am
Email ThisBlogThis!Share to TwitterShare to FacebookShare to Pinterest
Labels: Crime