My Ex-Wife Is Running For Her Life – Emeka Ike 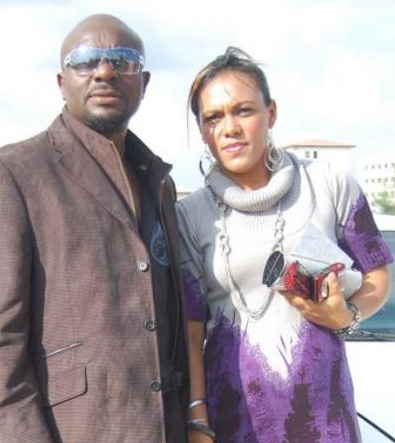 Another twist has been added to the divorce saga between actor, Emeka Ike and his ex-wife, Emma. Emeka believes she was blackmailed into leaving his house.

He told Sunday Scoop, “This matter with my ex-wife is not an important issue. There are more important things I’m concerned with right now and I wouldn’t want to lose focus. A time is coming when I would set the records straight about what really transpired between us. There have been two attempts to kill me and both times, I escaped unscathed. That’s part of the reason my wife left; she is running for her life.

I know that some people  are blackmailing her and it is the same set of people that leaked the news of our divorce to the media. Even before I got to court with my lawyer on the day judgment was delivered, the news was already on the Internet that my marriage had been dissolved. But the good thing is that I know the people behind this and I will talk at the right time. If it is true that I’m violent, why did the jury which comprised women grant me custody of our four young children? That should tell you something is not right.”

Speaking on his latest moves as AGN president, Ike said, “Now, if you want to make a movie in Nigeria, you can go to any police station; apply properly and they would give you all the police hardware you need. You can use the commissioner’s office, the trucks and other facilities. This would definitely add more colour to our productions.”

Posted by Lawrencia at 1:10 pm
Email ThisBlogThis!Share to TwitterShare to FacebookShare to Pinterest
Labels: Gists