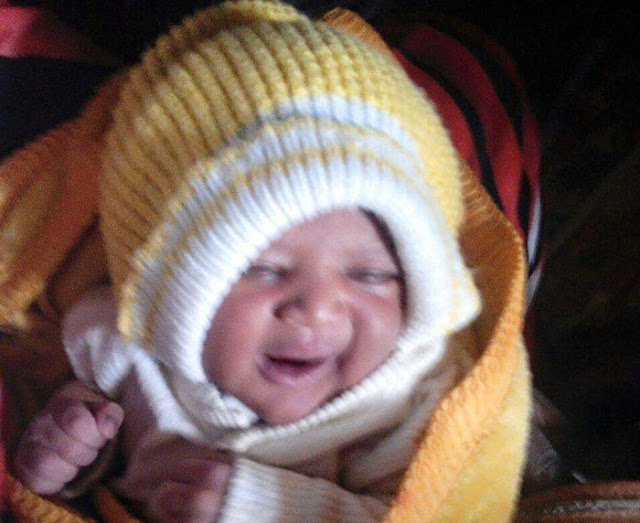 A 24-year-old mother in Nnewi, Anambra State, Oluchi Emeobi, has allegedly sold her two-month-old baby and used part of the proceeds to buy a motorcycle.

The state Commissioner of Police, Garba Umar, disclosed this on Tuesday while parading about 100 suspects at the command headquarters.

Umar explained that on July 8, 2017, at about 11am, detectives attached to the Nnewi Police Division arrested  Oluchi  for allegedly conspiring wth her friend, Nchedoch Richard (26) to sell her two-month-old baby to a woman, popularly known as First Lady, now at large.

He said, “In order to conceal her dastardly act, the suspect reported at the police station that she left her baby with a  yet to be ascertained woman who absconded with  the baby.”

The CP said exhibits recovered from Oluchi included N250,000 cash and one motorcycle she allegedly bought with part of the money realised from the sale of the baby.

“The matter is under investigation and efforts are being intensified to arrest First Lady and recover the baby.

The police commissioner said the suspects were arrested on June 28 in the Idemili area following intelligence report.

The names of other members of the gang were given as Angela Igboanusi, 42; Obinigwe Josephine, 56; and Jacob Onwuegbu, 62.

Others paraded were kidnap and armed robbery suspects, as well as alleged cult members.

Umar said the cases were under investigation after which the suspects would be charged to court.

He said, “I advise members of the public to refrain from covering their vehicles number plates, stop the usage of sirens by unauthorised persons and stp destruction of billboards and posters of political rivals.

“People should feel free to come forward and give relevant information to the police to nip crime in the bud.”

Posted by Unknown at 1:23 pm
Email ThisBlogThis!Share to TwitterShare to FacebookShare to Pinterest
Labels: Crime