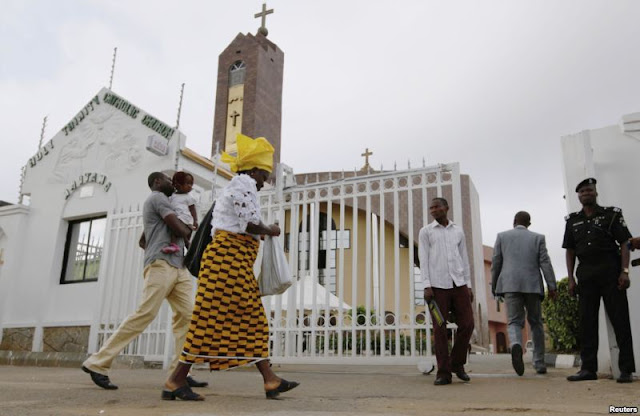 The parish priest in charge of Saint Mary’s Catholic Church, Eziama-Osuama, in the Isiala Mbano Local Government Area of Imo State, Rev. Father Christian Amusuo, has been arrested by operatives of the state police command for allegedly shooting his assistant, identified simply as Rev. Father Precious.

Punch gathered that the priest was being held and interrogated at the State Criminal Investigation and Intelligence Department for alleged attempted murder.

On Tuesday that Amusuo had on June 23 allegedly shot his assistant at the parish house after a prolonged argument and weeks of acrimony between the two priests.

The source explained that the clerics had been having issues, which the parishioners said could not be traced to anything tangible.

He said, “The shooting was a last minute resort by the parish priest to decisively deal with his assistant, who he allegedly accused of being disobedient and flouting his orders.

“We learnt that in a fit of anger, Rev Father Amusuo went into his room and brought out his gun and fired his assistant.

“However, the victim did not die as parish workers came to his rescue.”

The  state Police Public Relations Officer, Andrew Enwerem, said upon the receipt of the information, the Commissioner of Police, Chris Ezike, ordered investigation into the circumstances surrounding the shooting.

The police spokesperson said, “Upon the receipt of the information, the state Commissioner of Police, Chris Ezike, ordered investigation into the matter.

“The parish priest is with us and the firearm has been recovered. We are investigating.”

Posted by Lawrencia at 8:34 am
Email ThisBlogThis!Share to TwitterShare to FacebookShare to Pinterest
Labels: Crime