Bar Owner Beat His Girlfriend To Death, Attempts To Flee 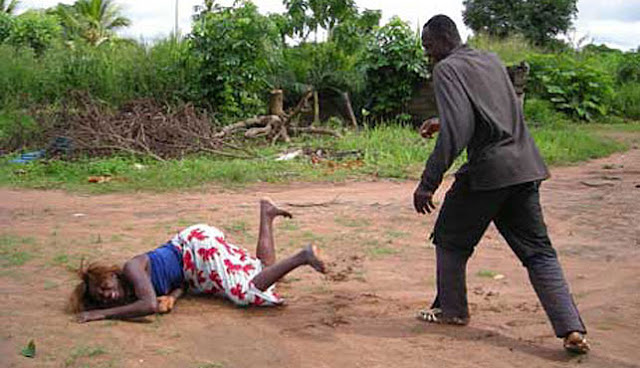 Residents of Halleluyah Estate in Ido Osun, in the Egbedore Local Government Area of Osun State, have apprehended an operator of a drinking joint, identified as Sikiru Adeosun, inside a bush at the Gaa Fulani area of the estate.

A resident of the estate, who identified himself as Seun Oloruntoba, told Punch that residents observed that Adeosun put on a bloodstained shorts and a wet T-shirt.

He stated that when Adeosun was questioned, he was incoherent, adding that his conduct raised suspicion, making the residents to raise the alarm.

Leaders of the community, who were said to have prevented the residents from lynching him, took Adeosun to the Dada Estate Police Station where the police allegedly stated that the suspect had been declared wanted for allegedly killing his girlfriend, who was also his salesgirl at the joint.

The Police Public Relations Officer in the state, Mrs. Folashade Odoro, confirmed the incident via a text message and the case had been transferred from the Dada Estate Police Station to the State Criminal Investigation and Intelligence Department.

Posted by Lawrencia at 11:05 am
Email ThisBlogThis!Share to TwitterShare to FacebookShare to Pinterest
Labels: Crime