Desire To Travel To Dubai Led Us Into Kidnapping — Suspects 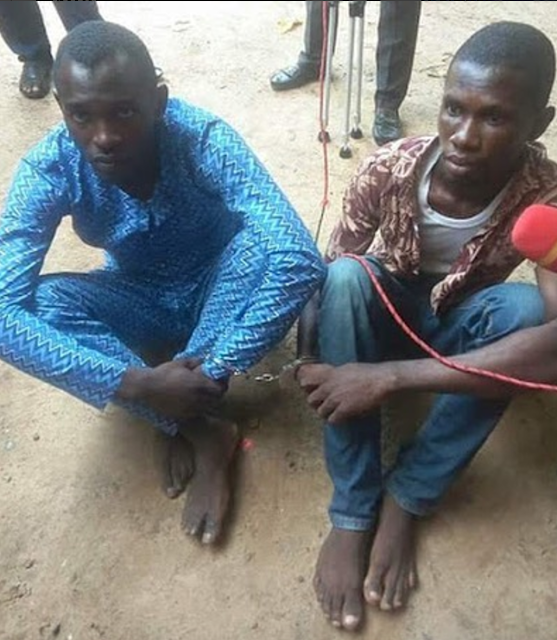 The Niger State Police Command has arrested two suspects who specialised in kidnapping students of the Federal University of Technology, Minna.

They suspects — Abraham Jatto, 30, from Edo State and Idowu Mafe, 29, from Ogun State — were said to have been on the police wanted list for sometime before they were eventually apprehended.

The police said the suspects, who were said to have successfully abducted three students, had been terrorising the neighbourhood for some time, adding that were arrested at their hideout in the Sauka Kahuta area of Minna by the command’s Special Anti-kidnapping Squad.

The police said they were still on the trail of two other members of the gang, who were in the habit of dispossessing residents of  their valuables such as laptops, handsets, jewelry and money, besides collecting huge ransoms.

One of the victims, Esther Okwe, 24, a 500-level student of Estate Management, FUT, reportedly paid N500,000 to regain her freedom from the abductors.

The ransom, it was gathered, was paid by her parents.

Mafe, who claimed to be a graduate of the University of Ilorin, expressed regrets over his involvement in crime.

He said, “When the issue of getting a job in Dubai came up, my parents could not afford the N750,000 being demanded and Abraham suggested kidnapping which led us into this predicament.

“I have dragged my good family name in the mud; I pray my parents forgive me.”

Jatto admitted to our correspondent that he decided to go into kidnapping to raise money for a trip to Dubai to secure a job.

He explained that he rented a two-bedroomed apartment at the back of the Niger State Trade Fair complex where he kept his victims.

“I was a successful businessman who never depended on people for assistance; in fact, I cannot explain how I started kidnapping people,” the suspect said.

The Niger State police spokesman, Bala Elkana, confirmed that a Honda Accord car with an Abuja registration number, ABJ 583 AE, was recovered from the suspects, adding that investigation was ongoing.

“We are close to apprehending the other two suspects; they can run, but we will get them and bring them to book,” he added.

Posted by Lawrencia at 9:42 am
Email ThisBlogThis!Share to TwitterShare to FacebookShare to Pinterest
Labels: Crime