I Am Not Talking About My Marriage Crisis, Tonto Dikeh Insists After Her Father Returned Her Bride Price To Churchill 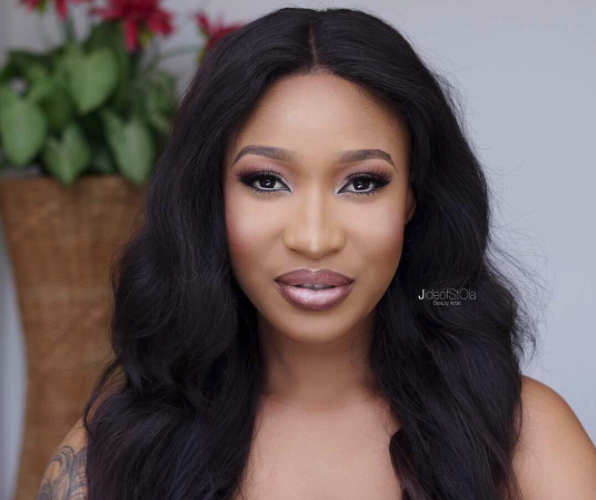 Nollywood actress, Tonto Dikeh, can be described as one of the most talked about ladies in the Nigerian movie industry and this is due to the series of controversies that have trailed the screen goddess since she hit the limelight.

During the week, it was reported that her father had returned her bride price to her estranged husband, Oladunni Churchill. Shortly after the news, the actress took to her Instagram page to dance as she beamed with smile. This made many online commentators believe that it was a ‘victory dance’.

As usual, yours truly, Saturday Beats reached out to the actress to know what her next line of action would be but the actress was quick to politely state that she was not ready to talk about her failed marriage.

She said, “I am not going to answer any personal questions; I think I am done with that. When I am ready to grant interview I would give constructive interviews.”

From the tone of her voice, it was obvious the actress has since moved on with her life as she hinted she was on her way to a conference meeting when the call came in.

The actress who has not graced the television screen in a while said her foundation has kept her away from acting. She also told Saturday Beats about how her son, Andre, who she said has given her a new ‘religion’.

“I have been concentrating so much on my foundation lately and I would keep that going because a lot of people out there need us and I have realised that the government cannot do it alone, neither can I nor other foundations. I would be concentrating on helping the underprivileged and help them get back to the society which made me who I am today. I have plans to go back to the movie industry. I will be on set very soon with great artistes and I cannot wait to do that. I will not feature in movies as I used to; instead I could be in a few movies per year. I will produce my movies as well as work with other people who have good scripts.

“I focused on women and children. Being a mother has made me very passionate about my own child. I would not treat any child less than I would treat my own child. Watching my child grow, go to school and do everything that he does makes my heart ache to see that some people cannot afford the basic things of life that they require and that is why I decided to focus on children. My son gave me a new religion to worship and take care of children,” she said.

Posted by Lawrencia at 10:29 am
Email ThisBlogThis!Share to TwitterShare to FacebookShare to Pinterest
Labels: Gists