Man Impregnates Housemaid, Strangles Pregnant Wife To Death After She Caught Him With The Housemaid 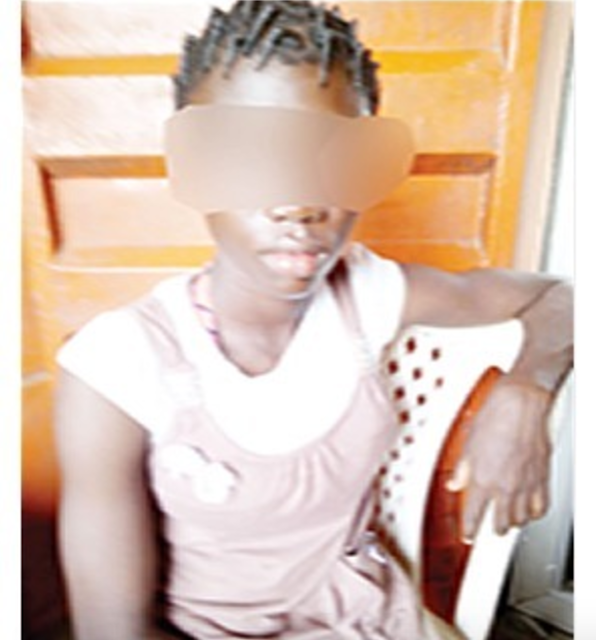 The state Police Public Relations Officer (PPRO), Terna Tyopev, said that Dashit, an employee of the National Industrial Court (NIC), who resides at New Abuja area of Jos, killed the wife, a 33-year-old teacher, at their farm in Kangang, on June 2.

Dashit, after allegedly killing the woman, invited his brother to help him to convey her to hospital after lying that she slumped a few minutes after she complained of feeling dizzy.

A family source said that prior to the incident the couple had faced lots of problems leading to persistent domestic violence. The source said that the situation got worse in May 2016, when the deceased caught her husband in bed with their house help, Nora, in their home.

Irene sent the girl out of the house, but the girl came back two months later and told the husband that she was pregnant. “Nora’s pregnancy aggravated the problems in their marriage; at a point, Irene fled to her parents’ house in Gindiri, but was persuaded to return to her husband’s house by their pastor.

The pastor persuaded her to return in November 2016, after intervening in the quarrel. She became pregnant immediately,” a source revealed. Irene had two daughters, while the unborn baby, a male, removed from her womb after she died, did not survive.

Investigation by medics revealed marks on Irene's neck, which suggested that she was strangled. “The doctors quickly reported the matter at the Anglo Jos Police Station where Dashit owned up to strangling his wife,” the source added.

Tyopev, while describing the incident as “unfortunate”, blamed the development on alleged infidelity, saying that Dashit had equally confessed to impregnating his housemaid. “He confessed to holding the woman by the neck, but said he did not intend to kill her,” he said.

Posted by Unknown at 1:13 pm
Email ThisBlogThis!Share to TwitterShare to FacebookShare to Pinterest
Labels: Crime