My Mum Died On Hearing I Was Arrested – Robbery Suspect 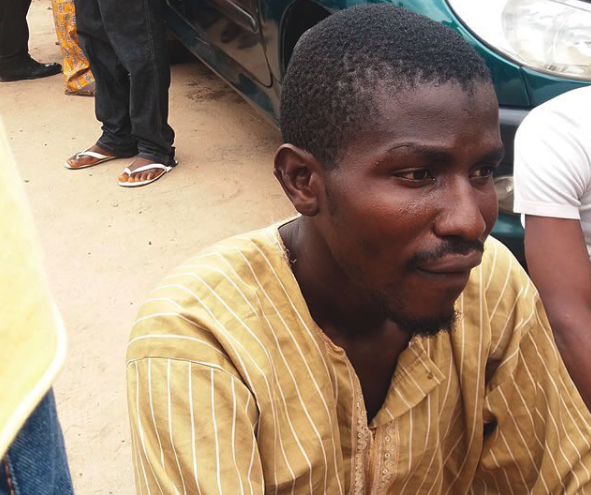 His facial expression told the story. Having been arrested by the Lagos State Police Command for armed robbery, 26-year-old Sikiru Lawal told Saturday PUNCH that if he knew he would be caught, he would have thought twice before going out to steal that very day.

His regret was not only that he was arrested, he told our correspondent that he was sad that his mother died when she heard of his arrest.

He said, “She had been sick and had been on hospital bed for some time. We were praying she would get better. I’m one of the three children she had. I was told that when she heard I was arrested for a criminal offence, she gasped and died. I regret my action.”

When asked the country he was planning to relocate to, he said, “I just wanted to leave Nigeria.”

Arrested for stealing a green Peugeot 206 saloon car in Badagry area of Lagos, he explained that he had always observed the house of his victims from the distance and he was able to establish that they sometimes left their kitchen door open.

One night, he said he jumped the fence to try his luck, and that was it.

He said, “I went to steal the car around 11.30pm. They were sleeping when I pushed the kitchen door to enter. Fortunately, it wasn’t locked. I had monitored them for five days. I didn’t use a gun. When I entered the house, I went to the sitting room and I saw the car key on the table. I took the key and drove the car away. I stole the car at Mowo in Badagry.

“Sometimes, I jumped people’s fence to check if people did not lock their doors because I know many people don’t lock their doors all the time. I would then enter and look around to see if I could find anything useful. This was my first independent operation, but now I’m regretting my action.”

Police source also told our correspondent that Lawal had just returned from prison in March where he was held for conspiracy and stealing.

Galadanchi noted that Lawal and four others – Lanre Bello, Olusegun Sheda, Azeez Mustapha and Lawal Mayowa – were specialists in snatching handbags and vehicles but were arrested on June 10. He added that they would all be charged to court for conspiracy and armed robbery.

Posted by Lawrencia at 10:43 am
Email ThisBlogThis!Share to TwitterShare to FacebookShare to Pinterest
Labels: Crime