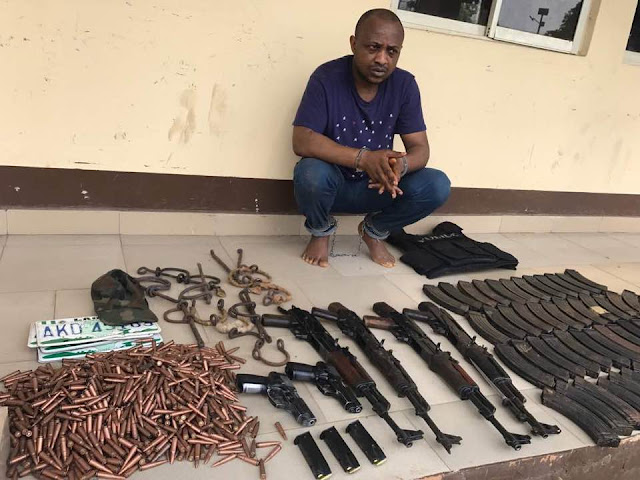 Abba Kyari, the police officer that championed the arrest of Evans, debunks the false report about his escape after The Sun Newspaper reported that Chukwuduneme Onwuamadike a.k.a. Evans was moved from the Lagos police command headquarters cell by about 30 heavily armed men at midnight few days ago to an undisclosed destination.

The news went viral and Abba Kyari took to his Facebook page to debunk the rumour of his alleged escape. He wrote:

Friends, I received over a Thousand Calls this Morning. Pls Disregard the Fake news From a Major Newspaper Today that The Most Notorious Kidnapper in the History of Nigeria Evans in our Custody has Vanished. It's a Big Lie. In Accordance with the 90 Days Remand Order from Federal Highcourt, investigation Covering 3 Countries is in Progress. Its a Misleading Headline, We can Never Joke with the Security of Nigerians.

Posted by Unknown at 4:12 pm
Email ThisBlogThis!Share to TwitterShare to FacebookShare to Pinterest
Labels: NationalNews