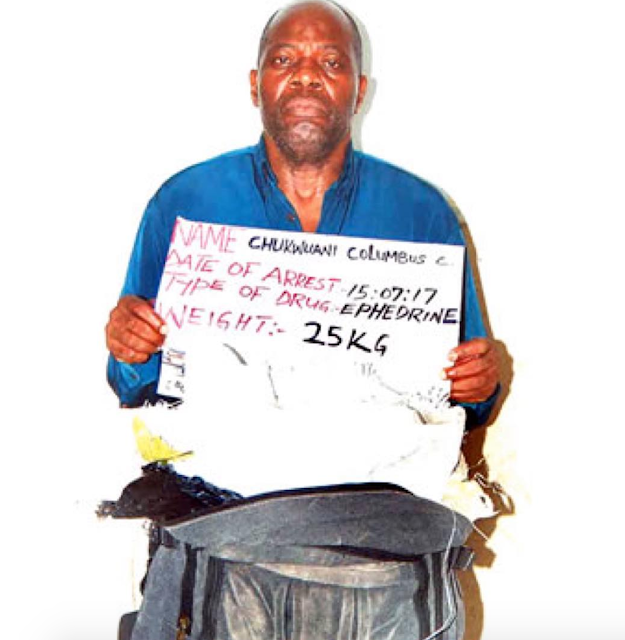 The National Drug Law Enforcement Agency (NDLEA) has arrested a 59-year-old man with 25kg of ephedrine (a medication and stimulant), while trying to board an Ethiopian airline flight from the Aminu Kano International Airport to South Africa.

The NDLEA says Ephedrine (EPH) or pseudoephedrine (PSE), or drug products containing these substances have chemicals used in the illicit manufacture of methamphetamine.‎

Christopher Chukwuani, a fish farmer, was intercepted at the departure waiting lounge based on intelligence. ‎ The Enugu-based fish farmer said he smuggles drugs in order to expand his fish farming business.

The father of three said: "I decided to smuggle drugs to invest the money in my fish farm. They promised to pay me the sum of $2,000."

Posted by Lawrencia at 1:38 pm
Email ThisBlogThis!Share to TwitterShare to FacebookShare to Pinterest
Labels: Crime