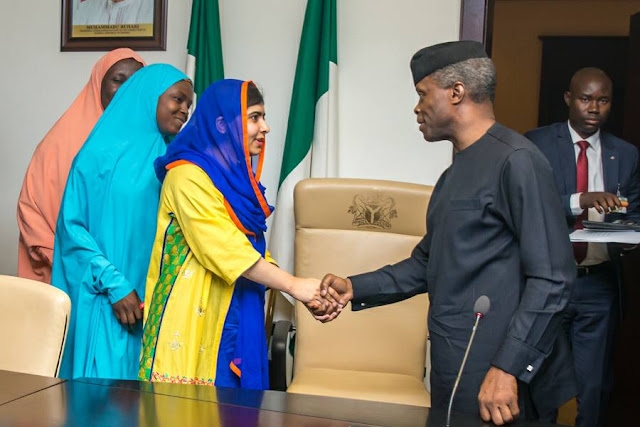 20-year-old activist who survived gunshots on her head by the Taliban for campaigning for girl-child education in Pakistan, was accompanied by her father, Yousafzai and other members of the Malala Foundation, arrived at the presidential villa. 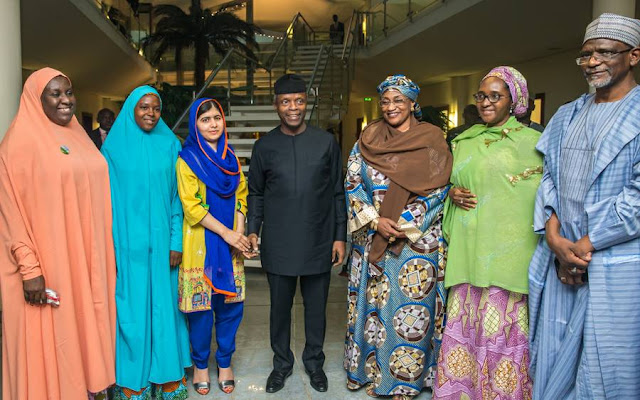 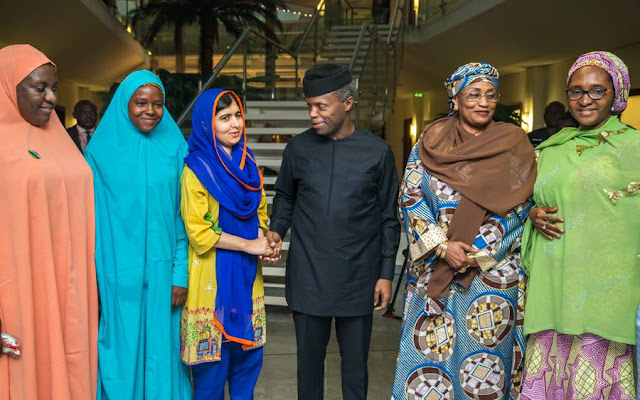 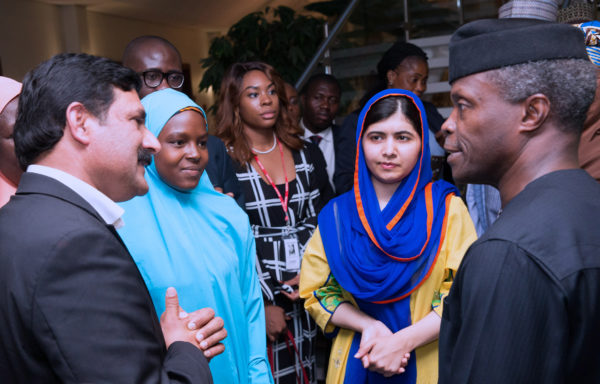 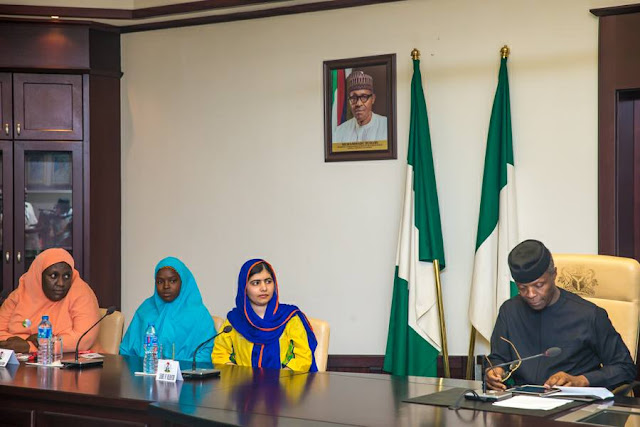 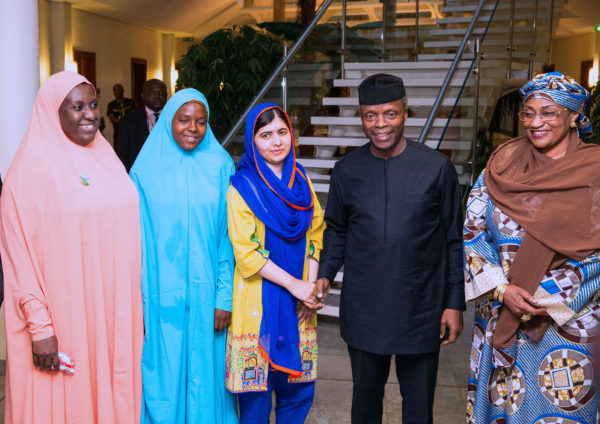 She had visited Nigeria in July, 2014 where she campaigned for the release of Chibok schoolgirls who were abducted by Boko Haram insurgents.

During the visit, Malala met then President Goodluck Jonathan and parents of the more than 219 captured Chibok schoolgirls. (NAN)
Posted by Unknown at 1:59 pm
Email ThisBlogThis!Share to TwitterShare to FacebookShare to Pinterest
Labels: NationalNews