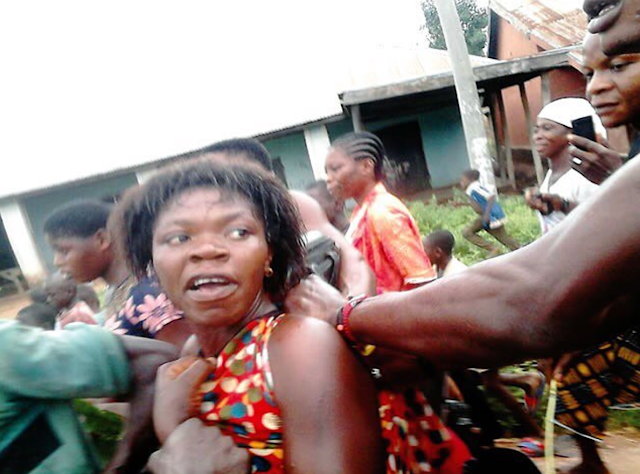 The police in Nasarawa State have confirmed the arrest of a 25-year-old woman, Mwuese Keleve, who allegedly murdered her three-day-old child in the Kadarko area of Keana Local Government Area of the state.

The Police Public Relation Officer, DSP Idirisu Kennedy, who hinted this in an interview with Northern City News on Thursday in Lafia, said the command on Monday received a report about the corpse of a baby found in a river in the Keana Local Government Area.

He stated that police detectives on Tuesday arrested the suspect who turned out to be the mother of the dead child. The police image-maker said the suspect had confessed to committing the crime, but did not give any cogent reason for killing the baby.

Kennedy told our correspondent that as soon as the police concluded their investigations, Keleve would be charged to court.

His said, “Based on the report from the preliminary investigation, the woman is sane and has admitted to committing the crime.”

The suspect’s husband, Mr. Fanen Peter, said what his wife did took him by surprise.

He explained that they had been married for 15 years with two children and the deceased was their third child.

He said the deceased child  had since been buried.

Reacting to the incident, the paramount ruler, Kadoko of Kadarko, Chief Fabian Orugu, described Keleve’s action as a devilish act “which cannot be tolerated.”

He applauded the efforts of residence of the area and the police for the collaboration that led to the culprit’s arrest.

The monarch promised that the traditional council would monitor the case to ensure that the law took its course so as to serve as a deterrent to others.

Posted by Unknown at 9:59 am
Email ThisBlogThis!Share to TwitterShare to FacebookShare to Pinterest
Labels: Crime