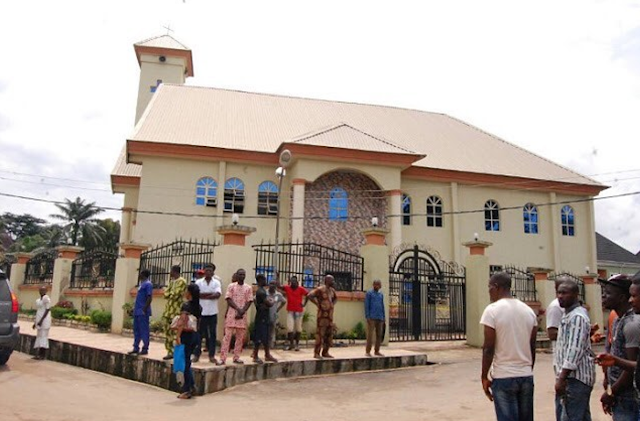 The drug war between indigenes of the Ozubulu caused by mistrust may have claimed 30 lives in South Africa. The deaths occurred following a collapsed business deal.

The deaths resonated in Ozubulu community in Anambra state when the Catholic Church was attacked leaving more than 13 people dead on Sunday, August 6.

According to the Vanguard, the quarrel among the indigenes of Ozubulu residing in South Africa was caused by the suspicion among them over failure to keep to business deals.

Some of the villagers revealed to Vanguard which visited Ozubulu after the Sunday killings. “In 10 years about 30 people from this place have been killed in South Africa,” a woman revealed.

“It had to do with one deal or the other”, she said. Vanguard made inquiries about the owners of the mansions and discovered that most of their owners reside in South Africa and were either dead or had not returned home for a long time due to fear associated with the nature of their businesses.

Looking at some of the houses, it was obvious that they had been abandoned for a long time. It was gathered that many of the people who own the houses consistently contribute meaningfully towards community development through their relations, especially in the area of church building, road rehabilitation, market construction, among other projects.

In the case of Chief Aloysius Ikegwuonu, popularly called ‘Bishop’ who is linked to the Sunday massacre, he started contributing towards the development of Ozubulu many years ago and before he returned home and got involved in community development.

Some years ago, he was awarded a chieftaincy title by the community even in his absence due to his contributions towards the development of the community. The Monarch of Ozubulu, Igwe Oruche, also confirmed that the problem started about 10 years ago in South Africa.

Posted by Unknown at 11:14 am
Email ThisBlogThis!Share to TwitterShare to FacebookShare to Pinterest
Labels: Crime