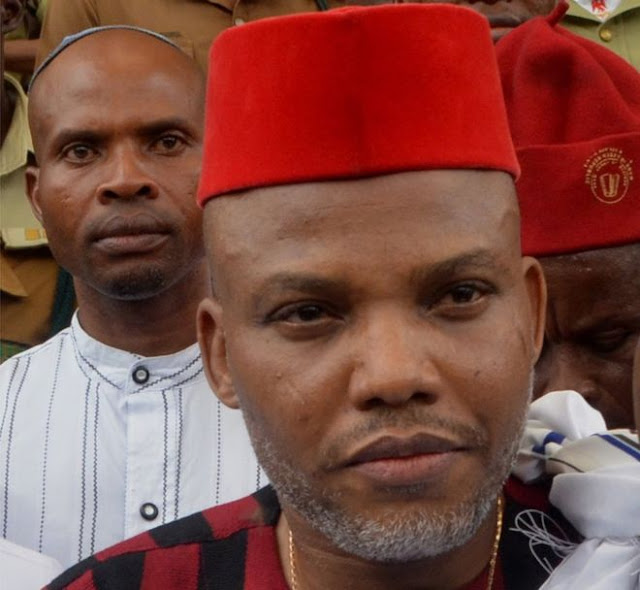 The Federal Government has filed an application seeking the revocation of the bail granted to leader of the Indigenous People of Biafra (IPOB), Nnamdi Kanu.

In a motion on notice brought pursuant to section 169 and 173 (2) (b) of the Administration of Criminal Justice Act (ACJA), 2015, government sought an order of the court revoking the bail granted the IPOB leader on April 25, 2017.

It also asked the court for an order for his arrest and detention in custody pending trial.

Justice Binta Nyako had admitted him to bail on health grounds, but with conditions that he should not be seen in a crowd exceeding 10 people, or grant any interviews, hold or attend any rallies and to file in court medical updates of his health status every month.

However, government alleged that Kanu had flouted all conditions of the bail.

The government said the IPOB leader had in furtherance to the offence he was charged, inaugurated Biafra Security Service (BSS), an act it claimed, was a grave threat to national security and unity of the country.

In persuading the court to grant the motion, the Federal Government filed a 12-paragraph affidavit deposed to by Loveme Odubo of Department of Public Prosecutions of the Federation, Federal Ministry of Justice, listing the various infractions allegedly committed by Kanu supported with evidence.

It argued that from the deposition in the affidavit in support of the application, it was clear that the essence of the bail granted the defendant had been defeated.

Posted by Lawrencia at 5:27 pm
Email ThisBlogThis!Share to TwitterShare to FacebookShare to Pinterest
Labels: NationalNews