Fight Of The Century: Floyd Mayweather Beats Conor McGregor In The Tenth Round, To Cash Out $100million In His 50th Undefeated Match 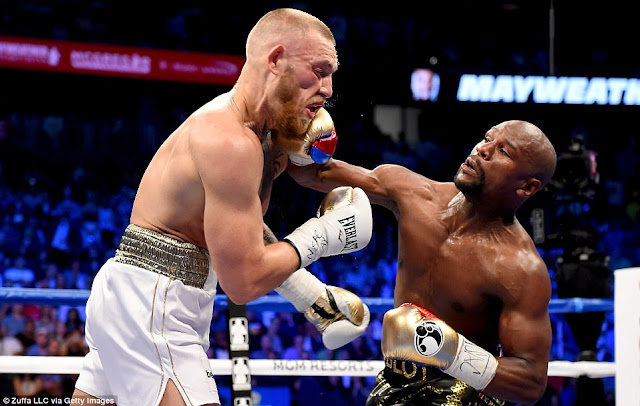 Floyd Mayweather has defeated Conor McGregor in a TKO in Round 10 after the two men squared off in what was billed as the Fight of the Century in the highly anticipated fight at the T-Mobile Arena in Las Vegas on Saturday night.

After winning his 50th undefeated match, Mayweather swore it would be his last fight ever as the 40-year-old made off with the coveted 'Money Belt' and at least $100million for his night’s work.
The two super-welterweight fighters had been preparing for the big boxing match for months and the event generated hype as the world waited to see who would become boxing's undisputed king. 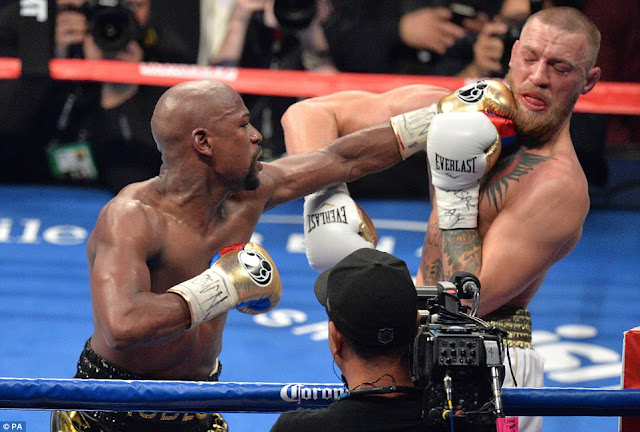 The money-spinning showdown is likely to break all records and surpass the $600million generated by Mayweather's fight with Manny Pacquiao in 2015. 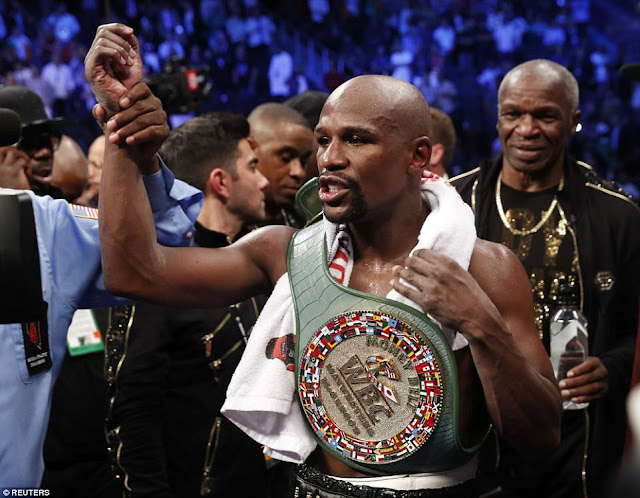 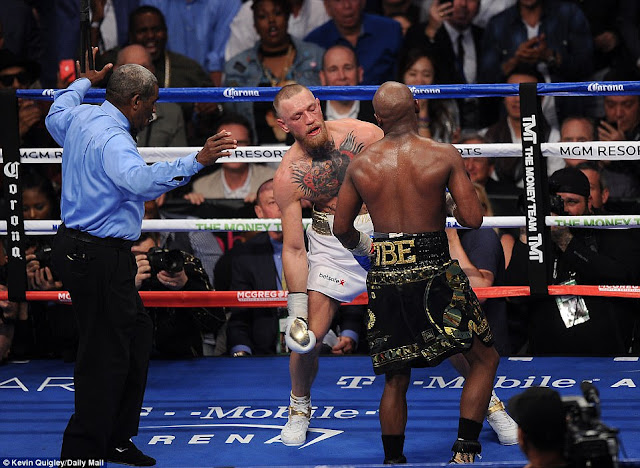 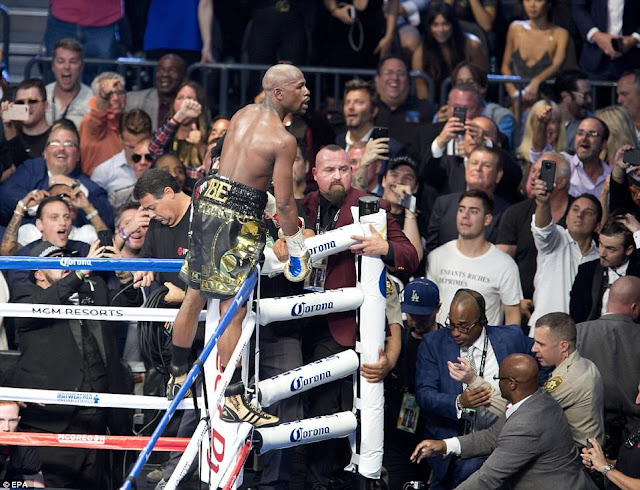 Posted by Lawrencia at 8:03 am
Email ThisBlogThis!Share to TwitterShare to FacebookShare to Pinterest
Labels: InternationalNews