Move Over, Bill Gates And Jeff Bezos, Russian President Vladimir Putin Is The Richest Man In The World 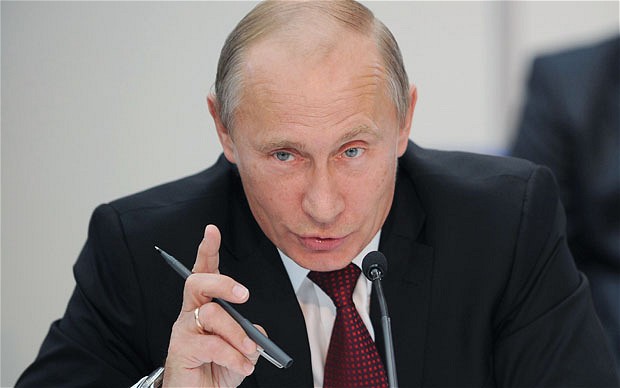 Move over, Bill Gates and Jeff Bezos. You are not the richest folks on earth. The real claimant to the throne, is Russian leader, Vladimir Putin, if the account of  a US Financier, Bill Browder, is correct.

Browder reportedly told senators last week that the Russian President is richer than both Mr Bezos and Mr Gates combined.

According to Newsweek,  the chief executive officer of Hermitage Capital Management estimated the net worth of Putin at $200bn. Both Bezos, the Amazon.com founder and Bill Gates, the Microsoft co-founder are worth a combined $183 billion.

Newsweek said that Mr Browder’s company was once the largest portfolio investor in Russia and that Mr Browder was a shareholder in Gazprom, Surgutneftegas and other Russian state-run enterprises in the 1990s.

Around that time Putin reportedly made a deal with Russian businessmen that made him the “richest man in the world”.

Mr Putin’s personal fortune has been the subject of intense debate and speculation in recent years.

Newsweek reports that, according to Mr Putin’s official asset form – a mandatory public disclosure for all Russian government officials – he earns $133,000 a year and has a modest apartment in Moscow.

Last week Mr Bezos briefly became the world’s richest person as a result of a surge in Amazon’s share price ahead of the e-retail giant’s quarterly earnings report. Shares later tailed off again, however, putting Mr Gates back in the top spot. Mr Bezos owns around 17 per cent of Amazon’s shares.

Mr Gates was also named the world’s richest person in this year’s Forbes ranking. That publication in March estimated his wealth to be around $86bn, ahead of second-placed Berkshire Hathaway chief executive Warren Buffett, whose fortune was cited to be around $75.6bn.

Posted by Unknown at 10:36 pm
Email ThisBlogThis!Share to TwitterShare to FacebookShare to Pinterest
Labels: InternationalNews