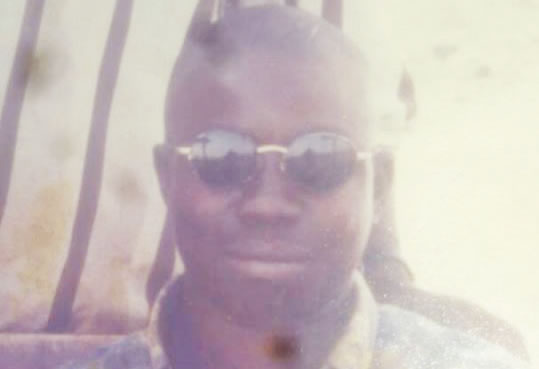 A pregnant housewife, Halima, has been arrested by the police for allegedly killing her husband, Ibrahim Ismail, at their house in Nasarawo Demsa community, in the Numan Local Government Area of Adamawa State.

PUNCH Metro learnt that Halima and Ibrahim had been married for more than five years and had three children together. Halima was said to be pregnant with their fourth child when the couple had a disagreement on Thursday which culminated in the death of the businessman.

A neighbour of the couple, who spoke with our correspondent on condition of anonymity, said the disagreement bordered on foodstuffs bought by Ibrahim.

He said, “Around 5.30am on Thursday, I heard my wife shouting and screaming. I asked her what happened and she said the wife of our next-door neighbour had killed him.

“When I got to the man’s house, I saw him in a pool of blood. There were a lot of sympathisers in his room, mostly women. When I tried to talk to him, he could not answer back and appeared lifeless. The wife had also been apprehended.

“When I enquired what happened, I was told that Ibrahim went to buy foodstuffs in the market so that she could cook for the family. However, when he returned from the market, he did not meet her at home.

“He was troubled and looked for her everywhere. When he couldn’t find her, he left the foodstuffs and went out. When he returned to the house some minutes later, he discovered that she had returned home.

“He asked her where she went and why she left the foodstuffs he bought for her, but that started an argument between them.

“During the quarrel, the man took a wood and hit her with it. The woman went to pick a knife she was using to cut onions and stabbed him. He fell and collapsed.”

The neighbour said policemen from the Numan division, who had been alerted by some other residents, later arrived at the scene to arrest the suspect.

He explained that the victim was taken to a general hospital where he was confirmed dead by a doctor.

The witness explained that the body was taken to the victim’s family’s house where he was buried in accordance with Islamic rites.

The source noted that two of the couple’s children were not living with them, adding that they usually quarrelled.

The Adamawa State Police Public Relations Officer, Othman Abubakar, said he could not reach the Divisional Police Officer in charge of the area.

“I can only confirm the story tomorrow (Monday). I have been trying to reach the DPO, but he is not available,” he said.

Posted by Unknown at 11:19 am
Email ThisBlogThis!Share to TwitterShare to FacebookShare to Pinterest
Labels: Crime