"Unemployed And Seeking Employment, Let Me Tell You A Story" - DG Bureau Of Public Reforms, Joe Abah, Has A Word Of Advise For Job Seekers 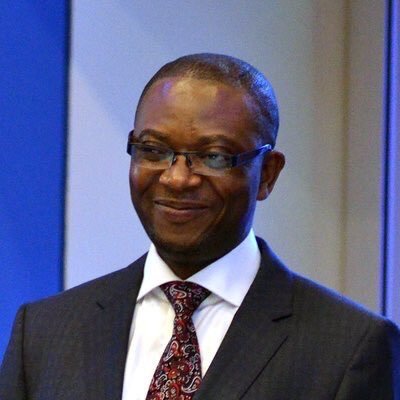 Unemployed and seeking employment, let me tell you a story. In my former job, a childhood friend referred a young lady to me. She said she has a Masters Degree in Strategic Communications and was bored of sitting at home doing nothing.

She said "I'm just looking for an internship to use the skills I've learnt. You don't need to pay me. I just want to be busy." I sent her to my Knowledge Management Department and asked her to go and talk to them. A few minutes later, she was back.

I noticed she was waiting for something, so I gave her N2,000 for her transport. She smiled and said "I just need you to talk to them." I asked her "Talk to them and say what?" She said "Tell them to give me a chance. You are the boss." I said "Sorry, I can't do that."

She asked "Why?" I said "Because I don't influence appointments. I sent you there so that YOU can talk to them." She said "Oh!" & went back. After another hour, she came back. They had asked her to start the next day. No salary. Just an opportunity for her to learn.

First thing we noticed was that she was always the first person in the office and the last person to leave at night. She went round all the departments offering to help with ANYTHING. Photocopying, making tea, sending acknowledgment letters, ANYTHING!

She offered to take minutes of all meetings and wrote proceedings reports in every workshop. She kept "harassing" everybody to let her help. After one month, my HR Director came to see me and said "This lady has come to work everyday. We should at least cover her transport."

We agreed we'd give her the same top up we give to Youth Corpers to help with her transport. She was overjoyed. Then we got a letter from our funders asking us to explain why we did something. Without asking anyone, she drafted a response.

She gave the draft to my Deputy, a white guy, who brought it to me and said "I want you to see something. I  read and said "This is great!" He said "Guess who wrote it" and I said "You." He said "No. It was the intern. That girl has a brain. She'll go far, that girl."

Then someone in another department left to go to another job. She offered to help to cover until we got another person. Because it was an international organisation, we always recruited on merit. So we advertised. The advert and interview process took 2 months.

She applied. Having done the job for 2 months, she had experience. She had also interviewed ALL heads of EVERY department and read a lot. She was easily the best at the interviews. Her written test had no typos and no grammatical errors. Points were clear and well argued.

Not surprisingly, she got the job. She has worked there for four years now and was retained when the programme finished & a new one started.

Posted by Lawrencia at 10:13 pm
Email ThisBlogThis!Share to TwitterShare to FacebookShare to Pinterest
Labels: Gists