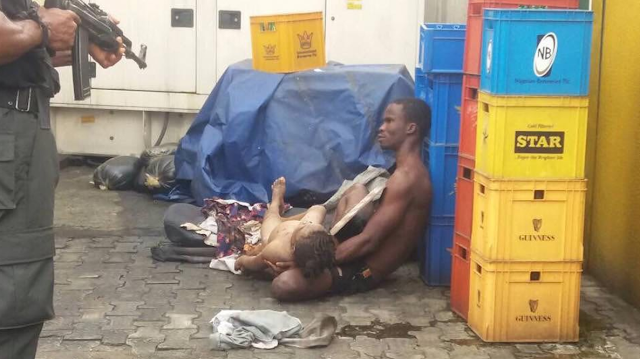 There was panic in Eliozu axis of Port Harcourt, Rivers State, on Saturday, when the body of an eight-year-old girl, Victory Chikamso, who was abducted, was recovered with her tongue, breasts, vagina and eyes removed.

The suspected ritualist, Ifeanyi Dike, was also arrested by the operatives of State Police Command attached to Okporo Police Station. It was gathered that the victim, who was a resident of Messiah Street, Eliozu was abducted on Friday by Dike, who also lived on the same street.

SUNDAY PUNCH also learnt that the girl was defiled before she was killed, while her vital organs were removed and put in a polythene bag by the suspect.

The state police command said in a statement by its spokesperson, Mr. Nnamdi Omoni, that the suspect was trying to dispose the mutilated body of the victim when he was apprehended by a local vigilante.

“The little girl was abducted, defiled and killed, while her vagina, eyes, tongue and breasts were removed and put in a polythene bag.

“The suspect was going to dispose of the body, when he was arrested by a local vigilante that suspected his movement.

“After he was questioned, the suspect dropped the bag and fled. Consequently, he was given chase and arrested. On further interrogation by the police, he confessed and took the police to where the vital organs were concealed.”

Omoni added that the body and organs of the victim had since been deposited in an undisclosed mortuary, while the suspect was being held by the police for further investigation.

The suspect, who described himself as a 200-level undergraduate of the University of Port Harcourt, said he was lured into ritual killing by a man who promised to make him wealthy.

The father of the deceased, who identified himself as Ernest, expressed sadness over the murder of his child, as he thanked the police and the local vigilante for recovering his daughter’s body.

Posted by Lawrencia at 10:03 am
Email ThisBlogThis!Share to TwitterShare to FacebookShare to Pinterest
Labels: Crime