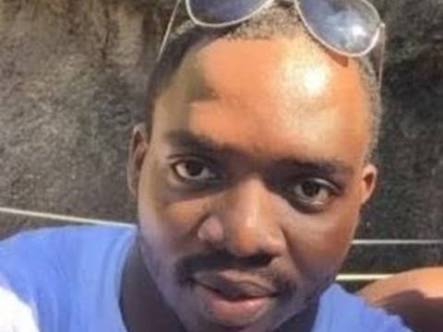 Obinna Obioha, a Nigerian hacker has been jailed for 51 months by a New York federal judge for operating a fraud scheme that swindled $6.5 million from businesses in the U.S. and elsewhere.

U.S. District Judge David N. Hurd sentenced Obinna Obioha, 31, for running a scheme in which he instructed hackers to hack into computers and email accounts of individuals around the world using malicious software.

The announcement of Obioha’s sentence was made by Acting United States Attorney Grant C. Jaquith and Vadim D. Thomas, Special Agent in Charge of the Albany Field Office of the Federal Bureau of Investigation.

“Obioha, working from Nigeria, was a central figure in a fraud scheme using digital disguises and deceit to bilk businesses out of millions of dollars. We will continue to track down and bring to justice cyber criminals like Obioha no matter where they operate. I thank the FBI for its terrific work in this case identifying and apprehending Obioha,” said Acting United States Attorney Grant C. Jaquith.

FBI Special Agent in Charge Vadim D. Thomas said: “These schemes can rob individuals and businesses of their livelihood. Cyber-crime is a serious threat and the FBI is prepared to go to any lengths to apprehend those like Obioha.”

As part of his guilty plea to wire fraud in April 2017, Obioha admitted that, while in Nigeria, he worked with and instructed others to hack into computers and email accounts used by dozens of victims in the United States and around the world. The organization infiltrated victims’ computers and email accounts using malicious software (“malware”). After monitoring victims’ information to identify imminent commercial transactions, Obioha and his associates created knockoff email addresses that appeared similar to – but varied slightly from – victims’ legitimate email addresses.

Obioha and his associates used those bogus email accounts to send fraudulent invoices to victims, instructing them to wire funds to bank accounts controlled by Obioha and his associates, under the pretense that the wires were payments for actual deals that had been previously negotiated by the victims. Obioha admitted that between January and September 2016, he was involved in at least 50 wire transfers, and that about $6.5 million was sent by wire to bank accounts that he and his associates controlled. The accounts received money from fraud victims in New York, Florida, Illinois, Ohio, and Texas, among other places.

During today’s sentencing, U.S. District Judge Donald N. Hurd described Obioha as “right in the middle of the action” in “very sophisticated criminal activity” designed to achieve “millions of dollars in illegal funds.”

Obioha was arrested on October 6, 2016, after flying from Lagos, Nigeria, to JFK International Airport. He has been in custody since that time.

This case was investigated by the FBI and prosecuted by Assistant U.S. Attorney Wayne A. Myers.

Posted by Unknown at 10:11 am
Email ThisBlogThis!Share to TwitterShare to FacebookShare to Pinterest
Labels: InternationalNews