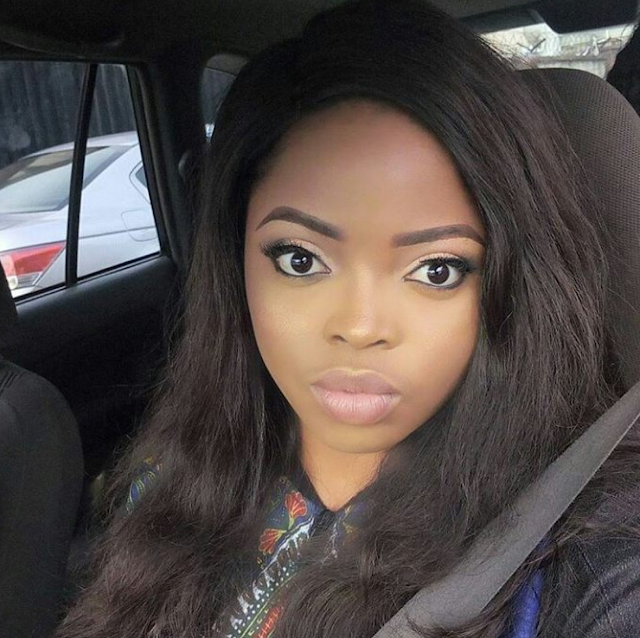 The actress made the revelation in her book "Rebirth." She gave details of how she lost her virginity to her married music teacher at 17, who he brainwashed her into believing he would marry her.

However, many Nigerians who adored her for her stance on sexual purity, were shocked when she revealed her past sexual experience.

The nollywood actress, however, explained why she lied. She said: "People had assumed I was a virgin. I had never said I was but I had never corrected their assumptions either. So, I was still in that fix.

Shortly after my confession, Ebony Life TV called me for an interview. I went and for the first time in my several interviews, I was asked point blank if I was a virgin. I tried to evade the question, but my interviewer was not having it.

She demanded for a yes or no. I did not see the question coming and I lied. I said, “Yes, I am a virgin”. Immediately the interview was over, I hurried to the bathroom in the studio and cried. I felt terrible for lying and told God I was sorry.

I called Dee on my way home and confessed my wrong. I explained further when I got home. The next thing he said shocked me. He said, “Call her and confess the truth. Ask for a rescheduling of the interview; do it again and undo your mistake."

I was not going to do that. I felt it was my secret and the whole world need not know
about it. I was upset with myself, however, for answering her. I could have insisted I
could not tell.

So, I proposed never to answer such again. Easier said than done, right? Shortly after, I was on another TV interview, Crux Of The Matter, with Elsie. I was invited to talk for sexual purity while the other guest spoke against.

In the process of the discussion, around the time when it was heated, I was asked out of the blues again if I was a virgin. And before I knew it, I heard myself lying again. I was mad at myself.

I was on another TV interview that trended for a while. It was On The Couch, with Lady Ariyike. I talked about sexual purity, but thankfully I was not asked if I was virgin. After that one, I decided to stop interviews altogether. I was tired of lying or having to dread lying if I was asked straight up."

Posted by Lawrencia at 10:30 am
Email ThisBlogThis!Share to TwitterShare to FacebookShare to Pinterest
Labels: Gists