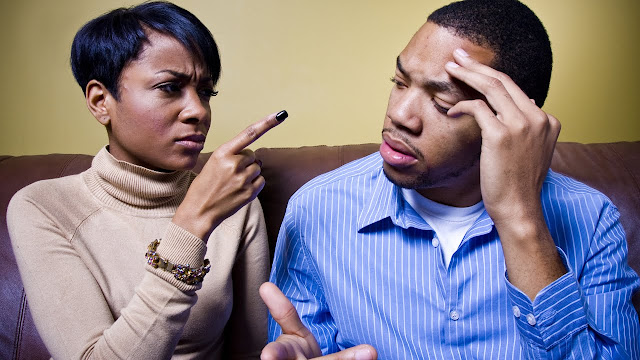 5 major reason why most Nigerian men have more than 2 girlfriends and Multiple wives. - What can we do to stop this trend ?
In a perfect society, every man would have only one woman to protect, love and cherish till death. But we all know we don't live in a perfect society. Studies have shown that apart from fear of not being able to bear children, women are more scared of their husbands cheating on them or marrying another woman.

In Psychology, behavior and personalities are formed from Genetics & Experiences (Environment). Cheating and having more than one Girlfriend is in the genetics of A lot Nigerian men. Here are 5 reasons why Nigerian men have multiple lovers:

1️⃣ Way of Life : A lot of men have been perpetual and serial daters from tender ages of 14, at ages 12-17 having more than one girlfriend is cool for a teenager, some uncles, brothers and parents even encourage such behaviors from their son. They say "that's my Boy" you have 4 girlfriends. Men who fall into this statistic see cheating as cool, they have a main gf but have others as well. When their personality is formed and its time to step up and leave such traits behind. It becomes very difficult for them. These men marry a beautiful wife but still see the need to cheat not because they don't love their wife but because it's a part of them. Any behavior learnt before or during teenage years is hard to shake up.

2️⃣ Ratio of women to men is 8:2 . This is a crazy theory which is applied by only a few men but is very rampant also. Some men believe that it's their duty to spread love & their seeds to single women who clearly can't find a man because statistically women are more than men. These men prowl for women on the streets, social media and anywhere they can find women just because " they can"
3️⃣ Ego Booster : A study done by Physiological Psychologists showed that , the 2 major things that boosts a mans Ego and triggers sensors in the brain are MONEY & WOMEN. A typical Nigerian man sees having more than 2 girlfriends as an achievement....

3️⃣ EGO Booster : A study by Physiological Psychologists showed that , the 2 major things that boosts a mans Ego and triggers sensors in the brain are MONEY & WOMEN. A typical Nigerian man sees having more than 2 girlfriends as an achievement. It means he has what it takes to cater for expensive, classy women. It means his manhood is capable for overtime work. Having more than 2 girlfriends makes him whole and feel like a MAN "Bad Guy". Makes him more Masculine.

4️⃣ Society : I once received an email from a University student who was distraught because her boyfriend found out she had slept with more than 5 guys. Her boyfriend dumped her and said she's not a wife material, this is because society frowns at women who have multiple partners and stigmatize them. On the other hand, a man who has slept with 45 women is considered a great husband material and doesn't go through any stigma from society or family.

5️⃣ Culture & Religion : Our African culture and some religions permits more than 1 wife. This has subconsciously made it very okay for alot of Nigerian men look outside to other women for Love & new relationships despite initial commitment to another lady. A lady once wrote to my blog complaining that 8 months after her wedding her husband wanted a second wife and still claimed to love her. She opted out of that marriage but a lot of women who are living under the same roof with other women are very happy about it.

How can this trend be eliminated? It is almost impossible for a fully grown Nigerian man not to cheat or have more than 1 girlfriend or wife because of what he has learnt and seen all his life. Only a few men have been able to condition their minds away from the " so called" Norm. We can only train our little boys from a tender age that cheating is bad and disrespectful. But once a personality has been formed it's almost impossible to change. But society will never judge or criticize a man that cheats likes a woman who cheats. If young children (Boys) can see it as being cool to have one girlfriend. They will grow up thinking having 1 wife or 1 Girlfriend is cool.
Do you agree??

Posted by Lawrencia at 7:59 am
Email ThisBlogThis!Share to TwitterShare to FacebookShare to Pinterest
Labels: Gists