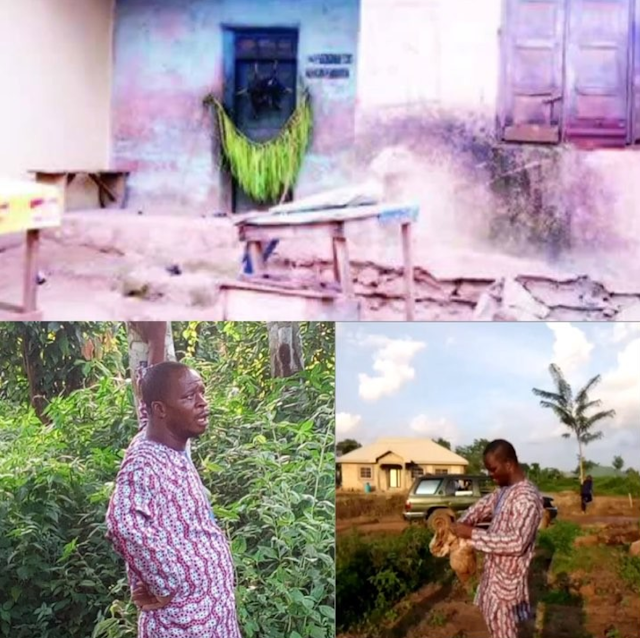 The Ipinsa community in the Akure South Local Government Area of Ondo State has accused a pastor, identified as Abiodun, of involving in fetish activities in the town.

It was gathered that sequel to the development, the traditional ruler of the community, Oba Omoniyi Olufunmilayo, on Tuesday ordered that Abiodun’s land in the community and his house located in the Ayedun area of Akure,  should be sealed up.

Abiodun was accused of burying a coffin and some other fetish items on his piece of land in the community. A source said after discovering what the pastor did on the land, the community asked him to remove the items, but he refused.

The source said, “The failure of the pastor to remove the fetish items on the land prompted the people of the community to take action against him.

“The Akapinsa of Ipinsaland, Oba Omoniyi Olufunmilayo, ordered that palm fronds should be placed in front of his house and the land, which traditionally means that the house has been sealed up until kabiyesi reverses the order.”

According to the source, the land and the house will remain sealed up until the pastor digs up and removes the items he buried in the land.

He said, “If you want to talk to me, come and see me in my palace.”

The pastor was said to have left the community and his whereabouts was unknown as of the time of filing this report.

Posted by Lawrencia at 12:35 pm
Email ThisBlogThis!Share to TwitterShare to FacebookShare to Pinterest
Labels: Crime