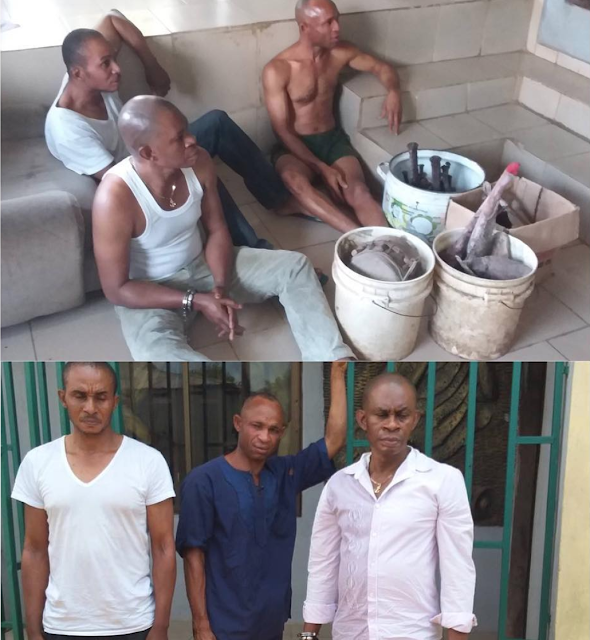 The Benin Zonal office of EFCC, has arrested four persons Michael Agun, Osaikuiwomwan Monday, Vincent Odia and Chibuike Ogbonna, suspected of obtaining money under false pretence.
The suspects were arrested on September 25, 2017, sequel to a petition by a complainant alleging that sometimes in May 2017 he got a call from one Chris Amadi who claimed that he knew him during his NYSC.
According to the petitioner, Amadi informed him that he worked at the Federal Ministry of Agriculture, Edo State before being transferred to Minna, Niger State and that while he was in Edo State, he transacted businesses with one Alhaji whom he supplied cow medicine (Cow Bruma).
Amadi told him that he would like to connect him with Alhaji for good business but asked him to call David Adeboye whom he claimed was the manager of the company that produces cow medicine.

The petitioner further alleged that upon calling Adeboye, he sent him an account number in which he paid N490k in order to be a cow medicine distributor.
During investigations, operatives of the Commission discovered that Amadi whose real name is Chibuike Ogbonna, is the head of the syndicate.
Further investigations revealed that Odia Vincent plays the role of a dubious native doctor, parading fettish objects and charms with which they dupe unsuspecting members of the public.

Posted by Unknown at 10:19 am
Email ThisBlogThis!Share to TwitterShare to FacebookShare to Pinterest
Labels: Crime