I Don’t Have Time For Girlfriends, And I May Not Settle Down Until The Next 10 Years — Anthony Joshua 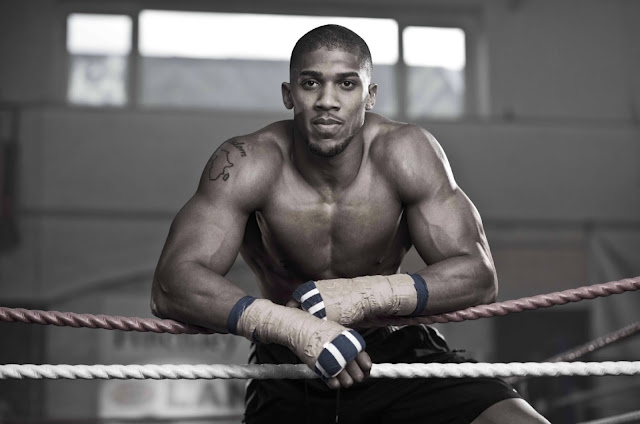 Nigerian British boxing champion, Anthony Joshua has revealed that he has to sacrifice some important personal activities in order to remain on top of his career in boxing. Some of the things he had to put off include issues of love and marriage.

Joshua revealed to the London Evening Standard that his training regime doesn’t leave ‘much time for girlfriends’, while also suggesting that he may not settle down until the next 10 years.

Joshua’s discussion of his future plans is coming weeks after he was accused by former Olympic boxing gold medallist, Amir Khan of having an affair with his wife Faryal. The accusation was swiftly brushed off with apologies from Khan as it turned out that Joshua has never even met Faryal before.

The Watford-born boxer, whose parents are from Ogun State, Nigeria appealed to his supporters to support his dream focusing on and move his career forward.


“If people can ride with me for the next 10 to 12 years I would really appreciate it, but if they can’t foresee the future I’d rather they jump off the boat because I can’t stop for no one right now,” he said at the launch of his mobile service Voxi.

“I was speaking to my coach, who worked with [British former world champion] Carl Froch who had a 12-year career. One day it does finish and now he has all the time in the world to think about business, family. Not everyone likes the decisions I make but I’ve got to make my own decisions. Decisions I make impact others.

“And my time training means there is not much time for girlfriends either.”

Since his 2013 pro debut, Joshua has won all of his 19 fights by knock outs. He unified the IBF and WBA belts in April after beating the former champion, Wladimir Klitschko at Wembley Stadium.

Posted by Unknown at 10:51 am
Email ThisBlogThis!Share to TwitterShare to FacebookShare to Pinterest
Labels: InternationalNews