Lebanese, 3 Others Arraigned For N7million Theft In Ebonyi State 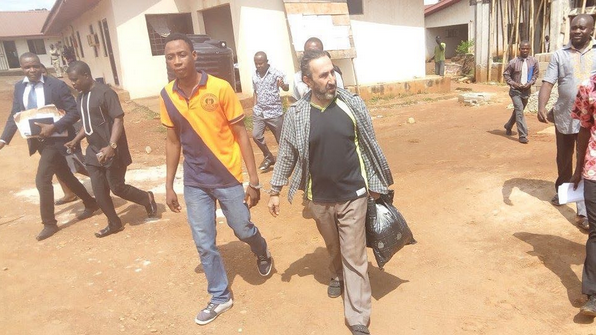 The Police have arraigned a Lebanese and three others before a Magistrate Court in Abakaliki, Ebonyi State for allegedly stealing three transformers.

According to the prosecution, the Lebanese, Antoine Alromi, and Benjamin Offia, stole the transformers valued at N7 million from a private company, Lana Construction Company Limited, in July this year.

They were said to have sold the equipment to Malachi Ogbodo and Gregory Ndukwu, who were also arraigned for buying and receiving stolen items.

The police said Mr. Ogbodo bought one of the transformers for N1 million, while Mr. Gregory allegedly bought two for N1.5 million.


Mr. Adokeme, a deputy superintendent of police, alleged that the Lebanese is an illegal alien who entered the country without proper documentation.

The prosecutor further told the court that the Lebanese was also facing trial in another court for allegedly obtaining over N3 million from people under pretence.

He said the first and second respondents had made confessional statements, adding that the police have overwhelming evidence against them.

Posted by Unknown at 8:29 am
Email ThisBlogThis!Share to TwitterShare to FacebookShare to Pinterest
Labels: Crime