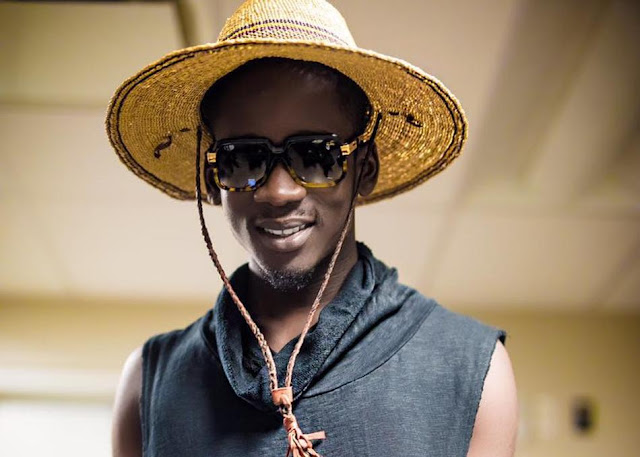 Rising singer, Oluwatosin Ajibade, aka Mr Eazi, has been in the eye of the storm lately over some statements he has been making. During a recent radio interview, the singer had claimed that the practice of infusing Ghanaian sounds  and slangs into Nigerian music was started by him. And that, other artistes in the country are now copying his ‘formula’ in order to have hit songs like him. Immediately the video recording of the interview surfaced on the Internet, Nigerians lambasted him for making false claims.

The dust had yet to settle down on that incident before the controversial singer also claimed that he rejected an oil and gas job that would have fetched him $6,000 per month in order to pursue his music career. Meanwhile, some Nigerians shared pictures of Mr Eazi’s LinkedIn page, which showed that the singer only worked as an intern at Schlumberger for six months in 2010.

However, in a chat with Sunday Scoop, the singer stood by his words. “The interview that caused this uproar was just me speaking my mind and saying things the way I see it from my perspective. It wasn’t meant to be an insult to any Nigerian artiste. You cannot deny that I brought a new vibe to the industry and I believe everybody can see that. Now, there are lots of Nigerian artistes who use Ghanaian words and melodies in their songs, but they’ve never been to Ghana. So how did they get to know about those words? There are a lot more songs out now that have that Ghanaian influence, and with all due respect, I can boldly say that started after my songs started gaining popularity.”

Asked to mention one artiste that has ‘copied’ his style, the dreadlocks-wearing singer said, “I don’t have to mention anybody’s name. I am sure that those who are discerning know what I’m talking about.”

Speaking on the $6,000 job he allegedly turned down for music, Mr Eazi said, “I turned down the job; I didn’t say I had started working there. I don’t think there is anything wrong with being an intern. I don’t have anything to gain by lying about such a thing. The truth remains that I was offered a job by Schlumberger, but I decided not to take it, but rather concentrated on my career. And that is a decision I’ve never regretted till date.”

Posted by Unknown at 12:38 pm
Email ThisBlogThis!Share to TwitterShare to FacebookShare to Pinterest
Labels: Gists