Nnamdi Kanu Flees, Goes Into Hiding As Troops Launch Manhunt For Him 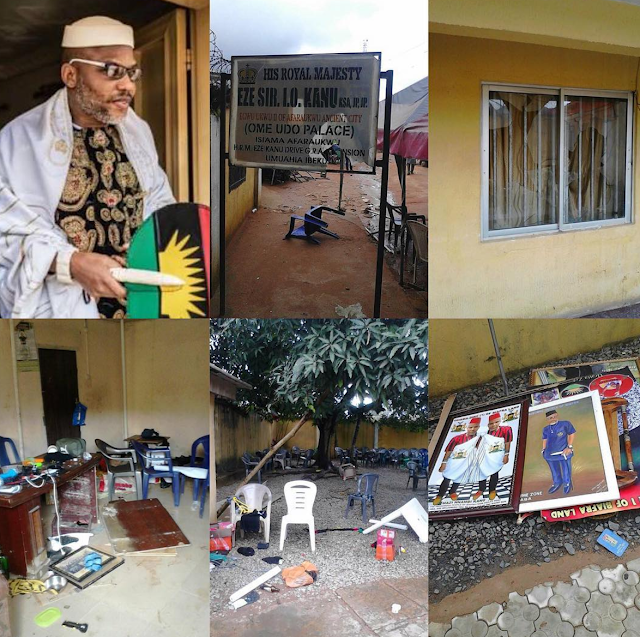 The founder of IPOB, Nnamdi Kanu, and top leaders of his group have gone into hiding, following Friday’s declaration by the Nigerian Army that IPOB and other Pro-Biafran groups were terrorists organizations, Punchng reports.

The Nation also learnt, yesterday, that his bail sureties might be asked by the security agencies to account for him. Investigations revealed that Kanu and his top lieutenants had ‘disappeared’ from his country home in Afaraukwu. His father, Eze Israel Kanu, is the traditional ruler of the town.

When contacted on phone on Saturday, Kanu’s younger brother simply identified as Fine Boy, refused to tell Punchng where his brother was, adding that only the IPOB leader could disclose his hiding place.

It was gathered that the government felt that it could be dangerous to leave Kanu a free man till the next adjourned date when his case would come up at an Abuja Federal High Court. His case is said to be coming up later in October.

A top security sources said, “We are seriously looking for him. He has a lot of things to explain to the government concerning his statements, actions and activities. We can’t sit by and allow the security situation in the country to be compromised to the extent that an individual will be challenging the FG.

Government has to do something about an individual that is recruiting young people, giving them uniforms, arming them and referring to them as a secret service. We have been seizing arms and ammunitions at the ports; we also need to know what they were meant for.

This is someone who unilaterally said there would be no election in Anambra State and some people want us to allow him continue with his activities? No, we need to grow above our ethnic and tribal sentiments."

Posted by Lawrencia at 11:29 am
Email ThisBlogThis!Share to TwitterShare to FacebookShare to Pinterest
Labels: NationalNews