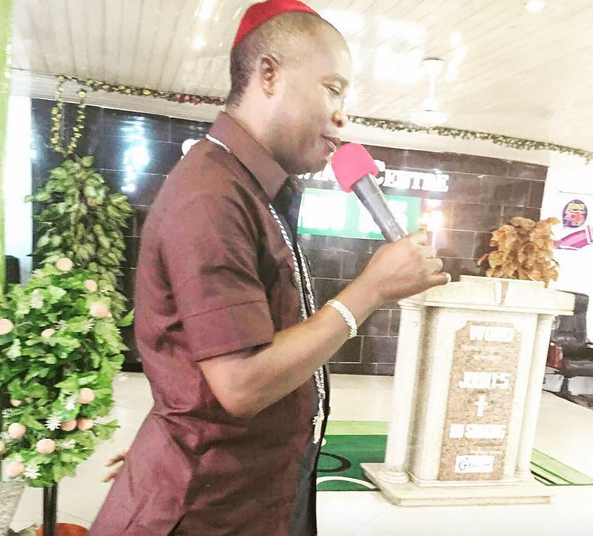 The money was said to have been entrusted to the GO, Prophet Lenke Fire, to keep for the church located at 3rd Avenue, H Close, Festac Town. Fire was said to have given the money to Nwagbosama for undisclosed transaction but it turned out that the transaction was a scam.

After the suspect obtained the money from the prophet, he reportedly vanished without fulfilling his own side of the business deal. Nwagbosama was later arrested by the police and arraigned before a Lagos court for allegedly defrauding the prophet and later remanded in prison custody.

It was learnt that when the suspect was contacted to refund the money, he allegedly threatened the prophet and the church. The prophet, thereafter, reported the matter to police while Nwagbosama was arrested and arraigned before Ikeja Magistrates’ Court for obtaining and stealing under the State Criminal Code.

But Nwagbosama pleaded not guilty. The Magistrate, Mrs. B. O. Osunsanmi, granted him bail in the sum of N300,000 with two sureties in like sum. He was remanded in prison custody pending when he will perfect his bail condition.

Posted by Lawrencia at 3:50 pm
Email ThisBlogThis!Share to TwitterShare to FacebookShare to Pinterest
Labels: Crime