President Buhari Set For US Trip Tomorrow, At The Invitation Of President Donald Trump 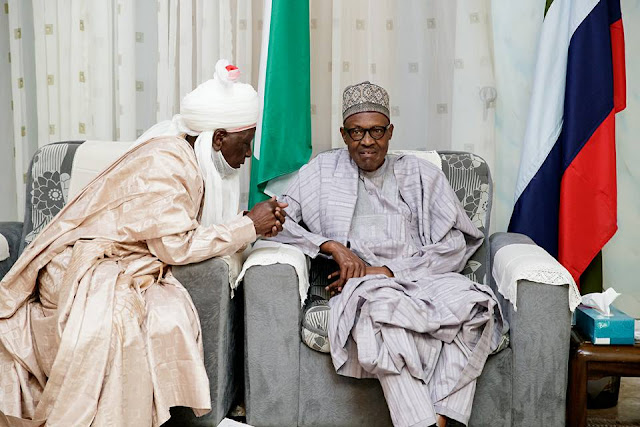 Mr. Buhari's trip to the US is at the invitation of President Donald Trump, with a Nigerian Presidency source telling S.R correspondent that Mr. Trump extended the invitation last February, shortly after his inauguration.

According to an itinerary seen by SaharaReporters, Mr. Buhari is scheduled to leave his hometown, Daura, by helicopter at 9:15 am on Monday for Katsina airport. From the airport, he will fly out at 10 am aboard a presidential jet to Washington, DC.

A source at the Presidency told SaharaReporters that the earlier plan was for Mr. Buhari to combine the official visit to the US with his participation at the UN General Assembly in New York from September 21 to 25, 2017.

Another Presidency insider said there was some anxiety within Aso Rock that the trip may turn out to have a medical tone.

Posted by Lawrencia at 12:32 pm
Email ThisBlogThis!Share to TwitterShare to FacebookShare to Pinterest
Labels: NationalNews