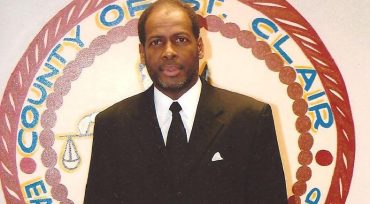 A Nigerian citizen, who resided in St. Louis, Missouri, was sentenced to 78 months in prison for mail fraud, aggravated identity theft, voter fraud, and re-entering the United States after having been deported.

According to documents filed with the court, Kevin Kunlay Williams, a.k.a. Kunlay Sodipo, 56, and others stole public school employees’ IDs from a payroll company and used them to electronically file more than 2,000 fraudulent federal income tax returns seeking more than $12 million in refunds.

He also stole several return preparer’s Electronic Filing Identification Numbers (EFINs) and used them to secure tax-related bank products and services that facilitated the issuance of tax refunds, to include blank check stock and debit cards.

Williams used the blank stock to print checks funded by the fraudulent refunds and directed some of the refunds onto debit cards. Williams previously entered the United States from Nigeria under the name Kunlay Sodipo, but was deported in 1995.

In 1999, Williams illegally returned to the United States from Nigeria using the last name Williams. In 2012, Williams registered to vote in federal, state and local elections by falsely claiming that he was a U.S. citizen and voted in the 2012 and 2016 presidential elections.

In addition to the term of prison imposed, Chief U.S. District Judge Rodney W. Sippel ordered Williams to pay restitution of $889,712 to the Internal Revenue Service, in addition to forfeiture of money orders totaling $10,810 seized during the investigation. Williams is in custody and also faces deportation.

Posted by Lawrencia at 12:07 pm
Email ThisBlogThis!Share to TwitterShare to FacebookShare to Pinterest
Labels: InternationalNews