Girl Arranges Her Own Kidnap With Her Boyfriend, 30, To Fund Her 20th Birthday 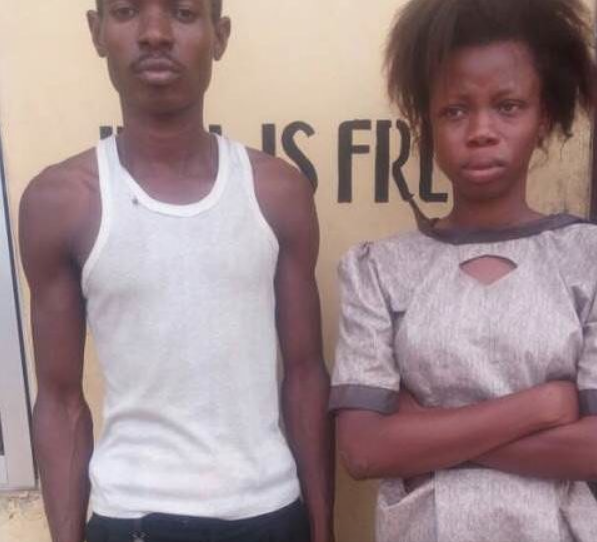 One Tohebat Adebayo has been arrested by the Ogun state Police Command for simulating her own kidnap in conspiracy with her boyfriend, Afolabi Ogunremi ( 30). According to TheNation, Tohebat, 20, stage managed her abduction ostensibly to raise N200, 000 and fund her forthcoming birth day bash.

It was learnt that she left home for Lafenwa market, Abeokuta, but never returned which prompted the parents to go searching for her and later reported the case at the Lafenwa Police Divisional Headquarters.

In a statement by the Police Public Relations Officer, Abimbola Oyeyemi, said that an unknown man called the parents to inform them on phone that their daughter has been kidnapped.

Abimbola added that the caller demanded the sum of N200, 000 as Ransom from the girl’s parents to effect release from the kidnappers.

“Based on the report by the parents, the Divisiobal Police Officer, kayode Ayilara, led detectives to an abandoned house inside the Government Reservation Area where the girl was being kept.

The discovery led to the arrest of Adebayo who happened to be the security man in the house. On interrogation, Adebayo claimed to be the boyfriend of the girl and that they both planned to simulate her kidnap in order to raise money for her forthcoming Birthday from the parents,” Abimbola said.

Posted by Lawrencia at 11:49 pm
Email ThisBlogThis!Share to TwitterShare to FacebookShare to Pinterest
Labels: Crime