‘Having Sex With Another Woman Is Not Cheating’ - Nollywood Actor, IK Ogbonna 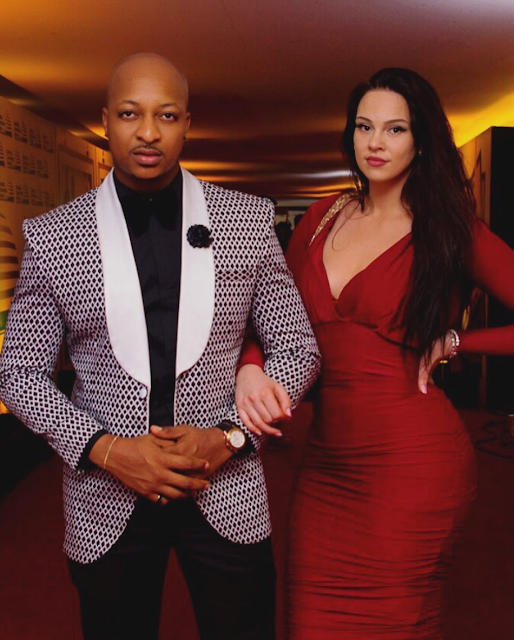 Nollywood actor, Ikechukwu Mitchel Ogbonna, popularly know as IK Ogbonna, says cheating is not having sex with another woman as commonly perceived.

The actor, who is married with a child to Columbian model, Sonia Morales, said that contrary to the common perception of cheating by people, cheating is when there is evidence of emotional attachment and feelings with someone else other than your significant other.

The actor gave a candid and down to earth definition about infidelity in relationships during an interview with BroadwayTV. Ogbonna also said he had never cheated on his wife because he was too busy with work and constructive things to make his family better.

He said cheating is not in a man’s DNA as the general perception implies.

Ogbonna said, “Cheating is when there is evidence of emotional attachment and feelings with someone else other than your significant other.

“Cheating is not even having sex with a woman, that is one mistake people make. Cheating is when you find yourself developing feelings for someone.

“Let me explain if a man finds himself in a situation where he sleeps with a woman for 30minutes and he’s done and dusted and then you move on with life.

“That ceases to exist the second it ended. You only just broke your marital vows, that’s not cheating.

“Cheating is when you start sharing the 100perscent of you with someone, am not talking about sex, am talking about giving the person extra time, chatting moments.

IK reacted to the backlash of this video saying:

"So normally I'ld see a post of myself and let it slide , but in this case I'ld address it coz it was represented in a way and manner that speaks contrary to everything I represent .

From my little understanding cheating (in general) is when someone acts dishonestly or unfairly in order to gain an advantage, especially in a game or examination or even a real life situation. IF YOU GOT TO HEAR THE FULL INTERVIEW (not only 20 sec of it) you would understand that I am NOT in support of men or women having SEX with other people aside the one the call their own . Firstly,sex with anyone that’s not ur wife or husband a sin against God .

However,I was trying to say that Breaking a vow is worse than an act we would refer to as cheating(just casual sex), and when I say VOW I refer to a spiritual&emotional nut between two people. The truth is, Sex in our age and time has been reduced to a recreational activity,and so sorry to say, has made it loose its value in so many ways because it's easy to find and to get.

As much as possible I preach that we should build self control and focus on one person but when we look at things from the rear view of reality having sex without being emotionally attached to the person can slide as a casual event (still 100% wrong) and still means you disrespected your partner (in)directly,you hurt his/hers feelings and worst of all: break the trust that y'all were building for so long.

But in this case I was referring to people that invest emotions and feeling in some other person whilst their spouse falls into the disadvantage (wether you are having sex or not). In this case the other person (your partner) suffers coz now you have to share your time , finance, and emotions that should be the sole rights of that one person you choose to build your life with.

Bottom line,loyalty is a beautiful thing. Hope we understand each other better now? Moving forward, #ExcessLuggage is in cinemas nationwide. In the movie I tried to use storytelling to simplify the true beauty in a relationship.Watch it,have a good laugh and also understand my mindset of what a relationship between a man& woman should be like."

Posted by Lawrencia at 6:42 am
Email ThisBlogThis!Share to TwitterShare to FacebookShare to Pinterest
Labels: Gists