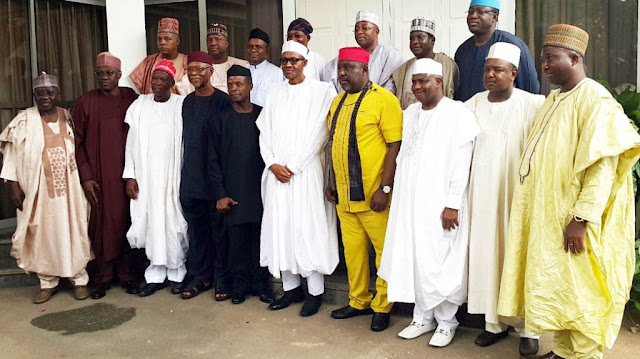 The 36 states shared N173.8 billion from the Federation Account in September from the distributable revenue generated for the month.

The breakdown was obtained by the News Agency of Nigeria (NAN) in a report from the office of the Accountant-General of the Federation in Abuja.

The funds are usually shared the following month

The key agencies that remit funds into the federation account are the Nigerian National Petroleum Corporation (NNPC), the Federal Inland Revenue Service and the Nigerian Customs Service. 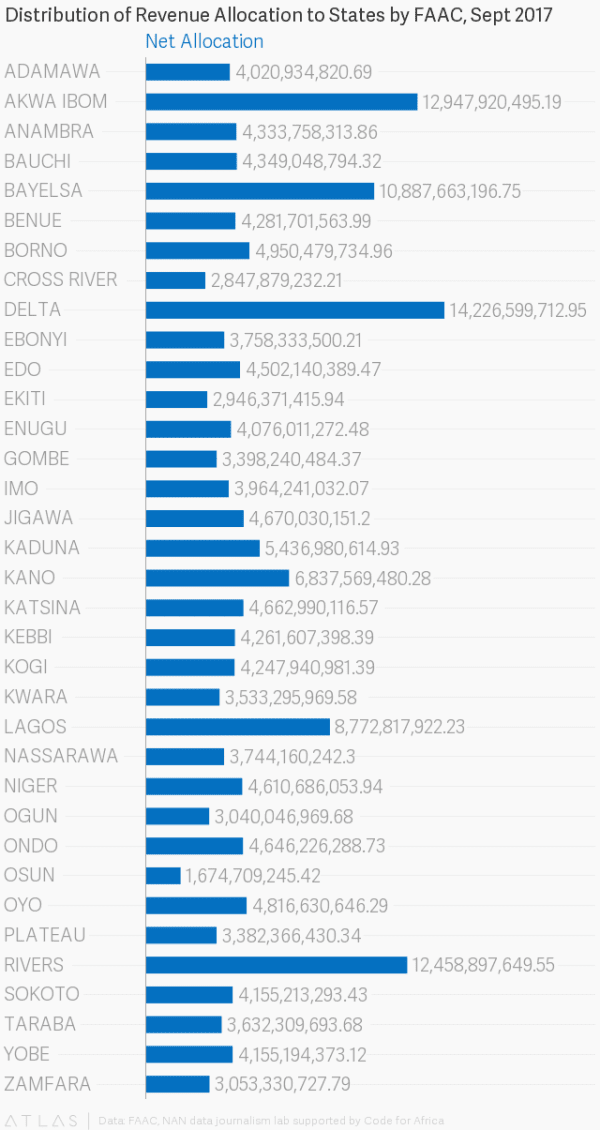 The report showed that before distribution to the states, their liabilities were first deducted.

The liabilities include a total external debt of N2.67 billion, contractual obligations of N9.58 billion and other deductions amounting to N18.2 billion. 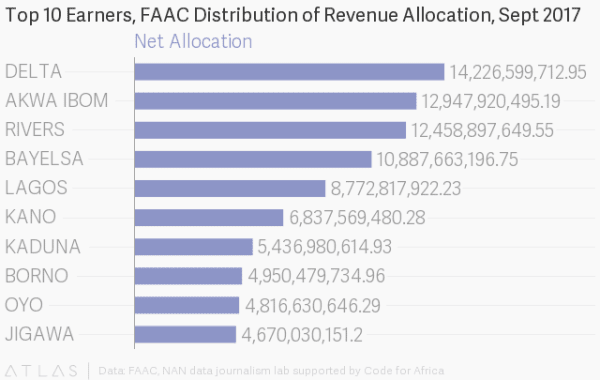 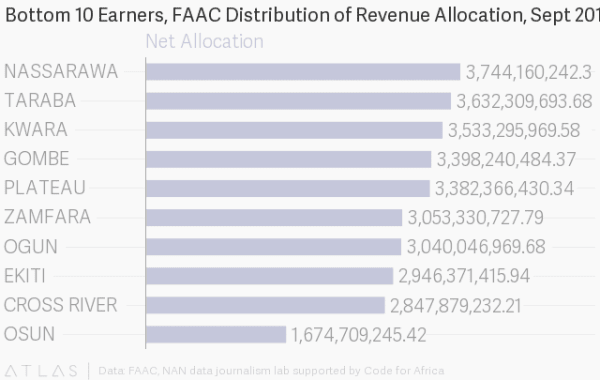 Here is what the 36 states got after all deductions were made.

The report also showed that the Federal Capital Territory got N5.74 billion from the Federal Government’s share of the distributable revenue in September.

From the data, the top 10 earning states from the federation account for the month are Delta, Akwa Ibom, Rivers, Bayelsa, Lagos, Kano, Kaduna, Borno, Oyo, Jigawa state in that order.
unnamed (1)

NAN reports that the FAAC committee is made up of commissioners of finance and Accountants-General from the 36 states of the federation; the Accountant General of the Federation, and representative from the NNPC.

Others are representatives from the Federal Inland Revenue Service; the Nigerian Customs Service; Revenue Mobilisation, Allocation and Fiscal Commission as well as the Central Bank of Nigeria.

The federation account is currently being managed on a legal framework that allows funds to be shared to the three tiers of government under three major components.

These components are the statutory allocation, Value Added Tax distribution; and allocation made under the derivation principle.
(NAN)

Posted by Lawrencia at 7:01 am
Email ThisBlogThis!Share to TwitterShare to FacebookShare to Pinterest
Labels: NationalNews