I Can't Marry A Poor Man, There Is No Love Without Money – Actress Iyabo Ojo 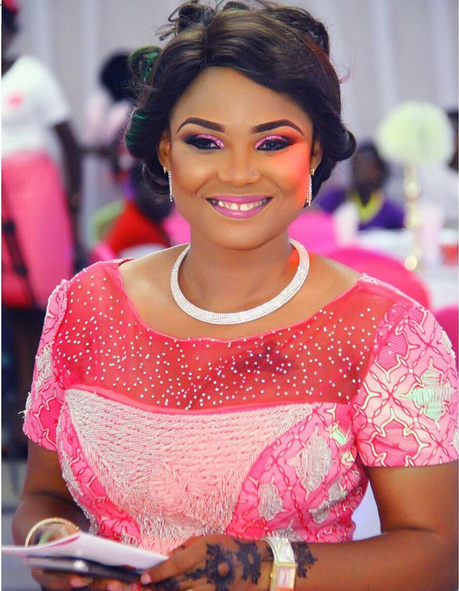 For men who are exceptionally fond of actress, Iyabo Ojo, the news is that she does not fancy a poor man. Just a few weeks after opening her amala restaurant and lounge in Lekki, the actress made known her preference in a chat with Sunday Scoop.

Since her marriage failed, she has yet to remarry. While admitting that she is now ready to give matrimony another shot, she stressed that she is not in hurry to marry just any man.

She told Sunday Scoop, “If marriage comes along, yes I will consider it. Then, I used to say that I didn’t want to get married again because of the stress involved. Now, I have had a rethink. But I can’t marry a poor man. Some people will say I shouldn’t say that, but I am a blunt person. For someone like me, there is no love without money. I am a celebrity and I am expected to maintain a certain lifestyle, which is expensive.”

Apart from being a celebrity, she insisted that she was also a breadwinner, caring for seven people.

“I have a lot of responsibilities.  As a breadwinner and celebrity, how do you expect me to marry a poor man? Where do you expect us to start from?  I am not ready to add any man’s problems to mine. I don’t need the man to be very rich, but he must be able to feed himself and me. You don’t even have to cater for my other responsibilities.”

For Iyabo Ojo also, there is nothing like an ideal man in her world, as she believes no one is perfect.

“We all have our defects. When you keep looking for an ideal man, a good one will pass you by. I just need a man who is responsible for himself first before me. Once he is hungry for success, every other thing will follow.”

But, she quickly admitted that nothing could make her settle for a man who would be scared of her success.

Posted by Unknown at 11:04 am
Email ThisBlogThis!Share to TwitterShare to FacebookShare to Pinterest
Labels: Gists