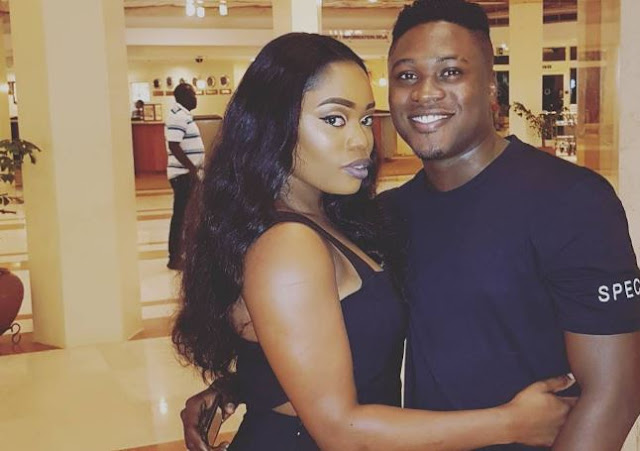 Big Brother Naija star, Bisola, has yet to make up her mind about the status of her relationship with 2015 MTN Project Fame winner, Jeff Akoh.

Bisola had tongues wagging when she publicly declared via her Twitter handle that she was in a romantic relationship with Akoh, the 2015 MTN Project Fame winner. Subsequently, she said she didn’t mean it but she told Saturday Beats it wasn’t mere publicity stunt.

In the post she had written, “It is official guys, Jeff Akoh and I are in love and in a strong, loving relationship. Your girl B is taken #ageaintnothingbutanumber.”

Shortly after the post, many people believed it was publicity stunt as the post coincided with the young man’s launch of his debut album, ‘Lokoja.’ But in a chat with Saturday Beats, the singer and actress said it was not a publicity stunt.

“When I posted on my social media account that I was in love with Jeff Akoh of Project Fame, it was not that we were an item. He just finished performing without rehearsing with the band that was there and his vocals literally blew me away. I was really impressed because he had not rehearsed with the live band that was playing. I was so impressed that I yelled, ‘Jeff I love you. You are such an amazing singer.’ Then I tweeted it. People that really know me are aware of the fact that I joke a lot. I put a hash tag with the post #ageaintnothingbutanumber and I knew the post would stir up a controversy. It was not planned, neither was it a publicity stunt. It was a spur of the moment thing. I had listened to him and I fell in love with his vocals. People just took it out of context,” she said.

One major reason the relationship might not work is because the reality television show star told Saturday Beats that she prefers dating older men. Bisola said, “For me, I don’t have anything against dating someone younger but I would rather date someone who is older than me. It is my choice and I don’t have a particular reason. I am not in a relationship at the moment because I am focused on being successful. Love would eventually come but there are some bills that need to be paid staring me in the eyes. I cannot say my love interest would come and pay for it.”

As an advocate of the empowerment of the girl child, the singer said that she feels the government is not doing enough. “I am an advocate with oneorg.com for girl child education. I would not say the government has done enough for the girl child in Nigeria and that is why we are advocating on their behalf. We know it takes a long process in making policies but the more we keep lending our voices, the more the lawmakers are aware that it is high time issues like this were addressed. It goes beyond the government because they could put in place some policies but it would not be implemented. That is another ball game entirely. We just hope that with the noise we are making and the places we have been to on behalf of the girl child, everything would be okay. It is a gradual process,” she said.

Posted by Unknown at 8:26 am
Email ThisBlogThis!Share to TwitterShare to FacebookShare to Pinterest
Labels: Gists