Photo: Ugandan Man Dies After Bumping Into His Wife Who Was 'Abroad,' Pregnant With Another Man's Baby 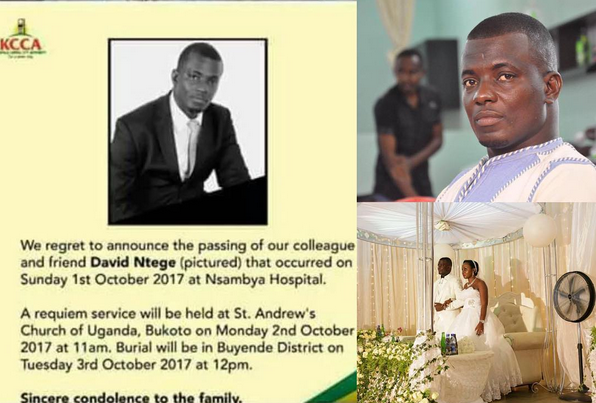 A Ugandan man has prematurely gone to be with his maker after he collapsed and died for love. The man, identified as David Ntege met his untimely death at a Ugandan restaurant after bumping into his wife with another man. According to sources intimate to TUKO.co.ke, David and his wife married each other in a colorful wedding in April,2017.

However, the newly-wedded couple did not enjoy their marriage life as the wife traveled abroad for further studies not long after the wedding. Contrary to her excuse, the wife did not go anywhere, but instead eloped with another man who impregnated her.

David,now a deceased was shocked to death,literally after bumping into his wife who had left for 'further studies' with another man at a Uganda restaurant, where he had checked in for some refreshments.

The mother of all shockers came down on the late David when his wife openly confessed that she only married him to get a marriage certificate. To add salt to injury, the wife was pregnant for another man.David could not take it-he collapsed and died on the spot. David died on Sunday,October 1 2017 and will be buried on Tuesday, 3 October 2017,in Buyende District, Uganda.

Posted by Lawrencia at 7:39 am
Email ThisBlogThis!Share to TwitterShare to FacebookShare to Pinterest
Labels: InternationalNews