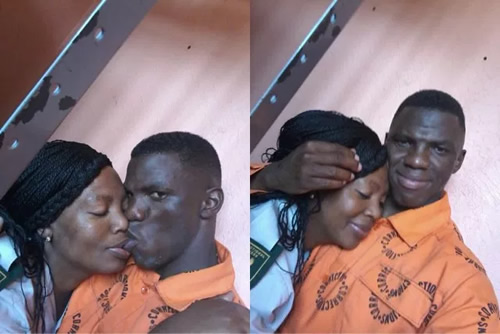 A female prison official working with the Losperfontein Correctional Centre in Brits, South Africa,  committed suicide after intimate pictures of her and an inmate went viral on the Internet.
The incident happened on Monday, October 16, 2017, according to News24. The Department of Correctional Services said in a statement that it was shocked and grieved by the Incident.

The Department’s regional manager, Mandla Mkabela, said that a team of senior managers and counsellors had been dispatched to the facility to provide the necessary support to fellow personnel.

Mkabela also condemned the conduct of the official seen in the photos adding that the image is very disturbing and strictly prohibited.

“We want to convey our condolences to the family and colleagues of the deceased official.

“This is disturbing and strictly prohibited,” Mkabela said.

Posted by Unknown at 7:28 pm
Email ThisBlogThis!Share to TwitterShare to FacebookShare to Pinterest
Labels: InternationalNews