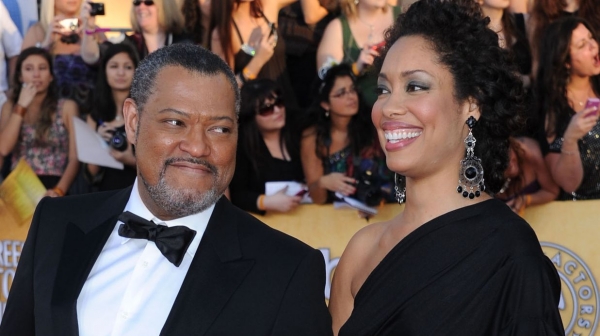 Earlier this year Laurence Fishburne and Gina Torres announced that they had pulled the plug on their marriage, and now he's taking the steps to follow through.

On Nov. 2, "The Matrix" actor officially filed for divorce from his wife of 15 years. It's believed that the duo has already worked out the division of their assets. The divorce filing should come as no surprise, as the duo announced in September that they had been separated for over a year.

"With heavy hearts, Laurence and I quietly separated and began the dissolution of our marriage in the early fall of last year," she told People magazine. "There are no bad guys here. Only a love story with a different ending than either one of us had expected."

She added, "Happily, however, our family remains intact and we will continue to raise our daughter together with love and joy and awe. As well as raise each other up with respect and love and the continued understanding that we're in this together, if not side by side."

The couple has one daughter, 10-year-old Delilah.

The confirmation of the split earlier this year came after Gina was photographed kissing another man in Los Angeles, leading many to wonder if the couple had secretly and quietly split.

Rumors of turmoil have surrounded "The Matrix" star and Gina for the past year. In a January 2016 interview with Hello! magazine, Gina referred to herself as the actor's wife. However, in September 2016, she told the New York Times that she quit "Suits" after six years because "my personal life needed to be tended to."

Posted by Unknown at 9:49 am
Email ThisBlogThis!Share to TwitterShare to FacebookShare to Pinterest
Labels: Hollywood