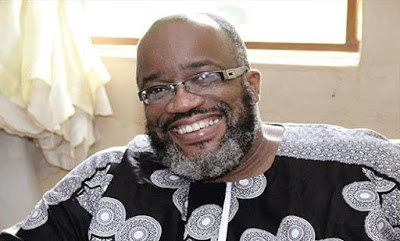 Emeka Jnr., the first son of the late Ikemba Nnewi, Dim Chukwuemeka Odumegwu Ojukwu, has said since the Nd’Igbo supported former Presidents Olusegun Obasanjo and Goodluck Jonathan, he cannot understand why they cannot accord President Muhammadu Buhari the same support.

He ended the controversy trailing his defection to the All Progressives Congress (APC), saying he is only following the footsteps of his late father.

Emeka Jnr., who addressed reporters yesterday in Awka, the state capital, said Governor Willie Obiano’s overtures to him to return to the All Progressives Grand Alliance (APGA) smacked of ignorance about the workings of politics in Nigeria.

Ojukwu’s first son said he was only taking to his father’s footsteps by ensuring that his actions were informed by the best interest of Nd’Igbo.

Emeka Jnr recalled how, shortly after his father’s return from exile in 1982, he joined the National Party of Nigeria (NPN), rather than the Nigeria Peoples Party (NPP), which was headed by an Igbo man, the late Dr Nnamdi Azikiwe.

He said: “I can afford to stay back (in APGA) and wallow in sentimental politics of nkea bu nkeanyi (this is our own). But in the long run, what becomes of our tomorrow and place in the great Nigeria project, for which our forefathers laboured, invested their time, talent and even their blood?

“Real champions are never afraid of the big league. That could be why the late Dr. Chuba Okadigbo asserted that if you cannot reason beyond petty sentiments, you are a liability to mankind. The Nd’Igbo are not better off with emotional politics.

“So, while they seek to crucify me for joining APC, they express support and solidarity for the APC leader. Which is worse: to walk the talk or pander to politics of deceit and duplicity? What is the essence of being in a party that would rather support the presidential candidate of another party than choose its own?”

Emeka Jnr noted that having supported Presidents Olusegun Obasanjo and Goodluck Jonathan, the Nd’Igbo decided to support President Buhari in the spirit of fairness and political goodwill so that when a president of Igbo extraction emerges, other ethnic groups would reciprocate.

Posted by Unknown at 1:21 pm
Email ThisBlogThis!Share to TwitterShare to FacebookShare to Pinterest
Labels: NationalNews