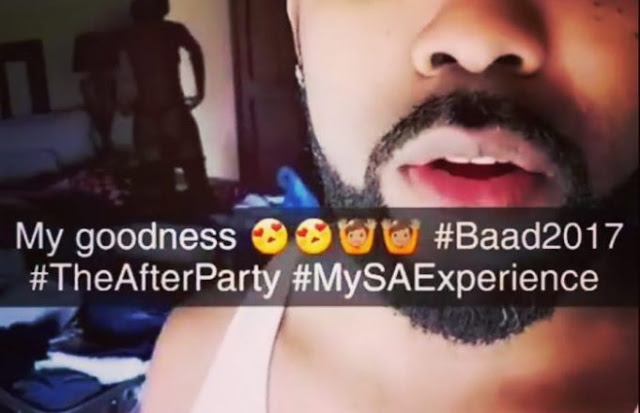 Newly married singer, Banky W. shared a video on snapchat which included his wife's naked butt in her g-string undies as he was recording their honeymoon experience in South Africa.

In the video which has since gone viral, Bankole was telling fans how amazing their experience South African was as he mistakenly took a shot of his wife in her g-string underwear.

Though he quickly removed it, it seems the damage has been done as his curious fans who got hold of the video leaked it on the social media. 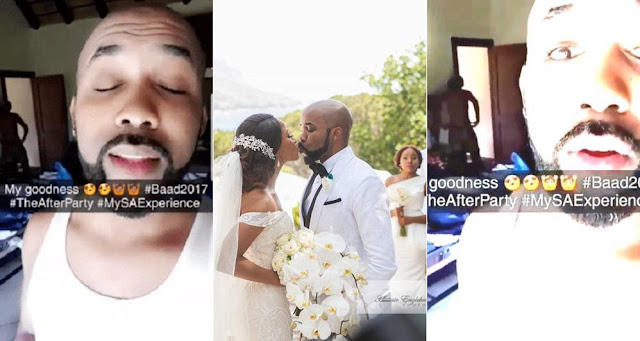 Banky W should count himself lucky he didn’t show his wife’s full frontal asset to the world.

Posted by Lawrencia at 10:56 pm
Email ThisBlogThis!Share to TwitterShare to FacebookShare to Pinterest
Labels: Gists