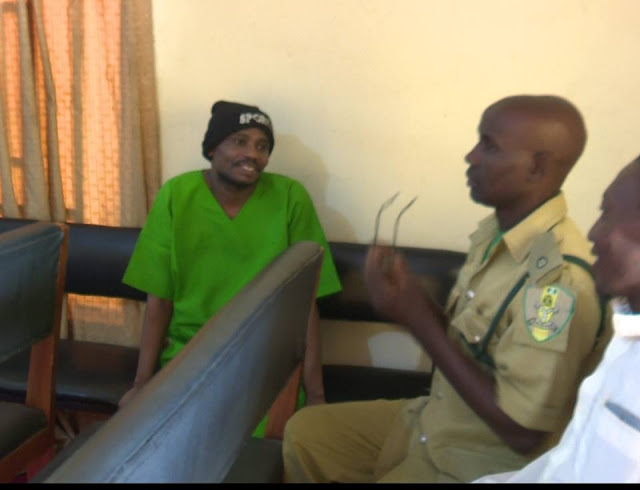 The EFCC, today November 6th, 2017 secured the conviction of one Mohammed Yusuf before honourable Justice Zainab Bage Abubakar of the Federal High Court Gusau, Zamfara State. The convict was sentenced to 7 years imprisonment on each of the eleven count charge prepared against him by the EFCC.

Upon his arraignment on 8th April, 2013, the convict pleaded not guilty to the eleven count charge, but after the case has spent more than four years in court, the convict approached the commission with a plea bargain proposal which was accepted and both parties came to an agreement.

The convict, had defrauded the nominal complainant one Ya'u Mohammed to the tune of N20,000,000 (Twenty Million Naira Only) between November 2012 and January 2013 defrauded in a classic advance fee fraud scheme.

The convict, posing as a spirit named ‘Asmau’, based in Niger Republic, was able to convince the complainant through a phone call into believing that the mystery female voice had powers to establish schools and mosques to propagate Islam but needed a human vessel through which this could be achieved. The complainant gullibly fall into his trap after threatening him that he either obeys the voice of the spirit or die.

Subsequently, the convict began to extort his victim and used the money to buy exotic cars and acquire a mansion in red bricks area of Kano state.

In her judgment today, Justice Zainab convicted the Mohammed Yusuf pursuant to section 270 of the Administration of Criminal Justice Act, 2015. “This court found you guilty of the offence you are charged with and you are accordingly convicted as charged”. She said.

The presiding judge adopted the plea bargain agreement between the two parties and sentenced him to seven years imprisonment. However the sentences are to run concurrently from the day of his arrest.

Posted by Unknown at 6:56 am
Email ThisBlogThis!Share to TwitterShare to FacebookShare to Pinterest
Labels: Crime