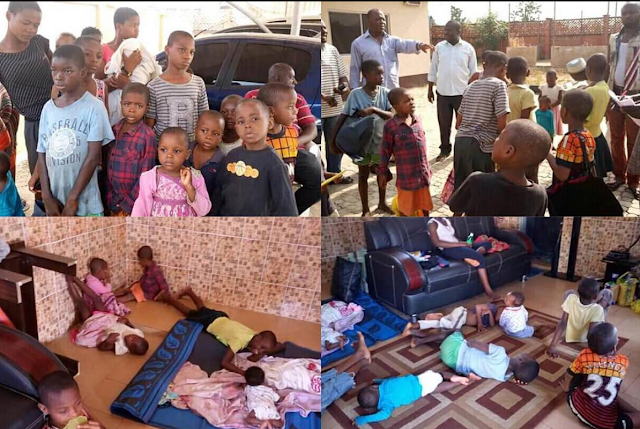 A two-year-old girl, Khadijat Yusuf, has been abducted by an unidentified man in the Gwagwalada Area Council of the Federal Capital Territory, Abuja.

The girl was reportedly playing with her four-year-old sister near her parents’ house at Angwan Gede, in the Tungan Maje area of the FCT when she was abducted on October 28, 2017 by a certain bearded man.

The suspected kidnapper allegedly gave the impression that he wanted to buy biscuit for the girl and took her away before neighbours were alerted to Khadijat’s disappearance.

A source explained that the girl’s father, Yusuf, lodged a report at the police post in the area.

“Since the abduction, Khadijat’s mother has been inconsolable and the whole family has been in anguish over the sad incident,” the source said.

Yusuf explained to Northern City News on Sunday that the police had commenced investigation into the abduction.

He said, “I was with the police on Friday and I saw seven suspected kidnappers that were arrested with 14 children that were rescued from them, but my daughter was not among the children. I believe the police are making progress in their investigations into the abduction.”

The FCT police spokesman, Anjuguri Manzah, could not be reached for comment as calls to his phone rang out.

He had yet to respond to an SMS send to his number as of the time of filing this report.

Posted by Lawrencia at 6:59 am
Email ThisBlogThis!Share to TwitterShare to FacebookShare to Pinterest
Labels: Crime