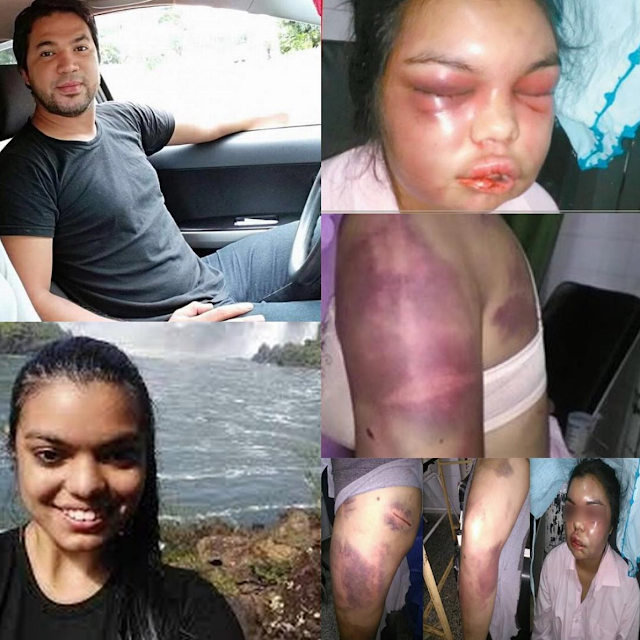 A 21-year-old woman identified as Adolfina Camelli Ortigoza, had to undergo reconstruction surgery on her face after her jealous husband punched her for every Facebook ‘like’ she received, Daily Mirror reports.

Ortigoza was rescued last week after being kept captive in her home by husband Pedro Heriberto Galeano who subjected her to constant beatings, according to police. Her face was said to be completely disfigured by a series of brutal attacks.

Yesterday the woman’s lawyer claimed Galeano, 32, would become violent when anyone liked the photos she posted of herself on Facebook . He began to beat her up every time one of her friends on social media reacted to any of her posts.

Galeano later took control of her Facebook page, where he would post pictures of her, and continued to punch and kick her for every ‘like’ the posts received.

Lawyer Arnaldo Martinez told how Ms Ortigoza, from Nemby near Asuncion, Uruguay, would dread a notification telling her that someone had reacted or commented on a post.

Her friends had no idea that each time they made the friendly online gesture she would be brutally beaten. He said: “He accused her of having a relationship with them.”

The man’s father finally reported his violent son to the police after he believed the woman would die following the last attack. Ms Ortigoza was so disfigured by the violence she wasn’t able to recognised herself after being shown photos of herself after being beaten.

She underwent reconstruction operations of the nasal septum and lips. Galeano was captured and charged with attempted femicide, deprivation of liberty and coersion, crimes which carry a maximum penalty of 30 years in prison.

Posted by Lawrencia at 9:11 am
Email ThisBlogThis!Share to TwitterShare to FacebookShare to Pinterest
Labels: InternationalNews