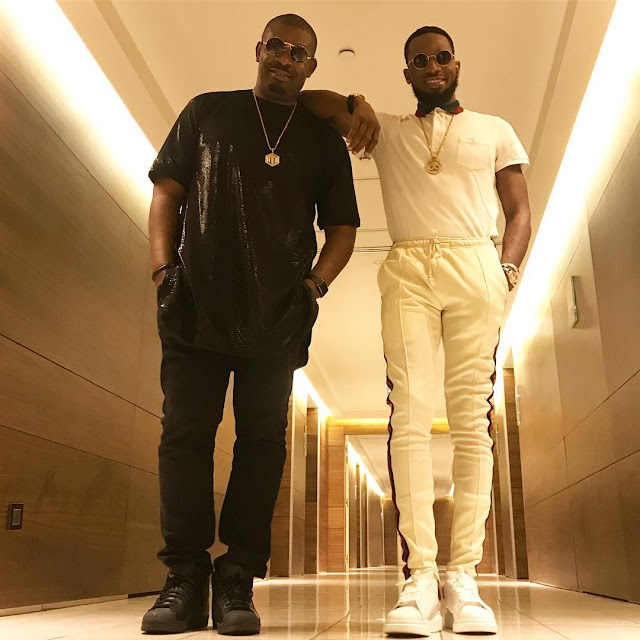 After long years of hiatus as a group since their fallout in 2012, former Mo’ Hits Records label stars: D’banj, Wande Coal, Don Jazzy, D’prince, Dr. Sid and K Switch, came together to deliver what can be described as an epic performance during Davido’s ‘30 Billion Concert’.

The group went on to perform some of their biggest hits, including ‘Booty Call’, ‘Close to You’, ‘Pere’ and a handful of others; to which the audience boisterously sang along to. The group’s former boss, Don Jazzy, could be seen performing as well.

But since the stage performance, some people have speculated that the only way D’banj and Don Jazzy would have shared a stage is if money was involved. However, when Saturday Beats reached out to D’banj’s camp, his manager, Frank, revealed how Davido made the feat possible.

Frank said, “Let us not get things twisted, not a dime exchanged hands for any reason. The entire performance was not motivated by money at all. It was Davido’s initiative, he wanted it to happen at his show so he went for it and he got what he wanted. He spoke to all of the former Mo’Hits crew members individually, they saw his point and they granted his request. Davido is a good kid, he spoke to every member of the Mo’Hits crew. He thought about having a Mo’Hits reunion at his show and he got it.

“It was an exciting show and D’banj loved the performance. Davido made the request that they do a reunion at his show and D’banj simply honoured his request. He wanted the Mo’Hits crew to perform at his show because they were people he looked up to before his career started. He made a request and they all agreed that it could be done. Before the performance, everybody was backstage having fun and when they were through with the performance, they all went to the green room and the atmosphere was a lovely one. I was there with them and if you had the opportunity to have seen them bond, you would not have even believed that they ever broke up. There was no awkwardness at all. It was the same ambiance that surrounded them when they were still Mo’Hits.”

Posted by Unknown at 11:42 am
Email ThisBlogThis!Share to TwitterShare to FacebookShare to Pinterest
Labels: Gists